Fifty US service members have been diagnosed with traumatic brain injury (TBI) so far in the aftermath of a January 8 missile attack on two military bases in Iraq where American troops were housed, the Pentagon announced Tuesday.

The count is up from the figure given to media on Friday, which was 34 affected personnel.

Worse, those figures could rise in the coming days, according to Pentagon spokesperson Lt. Col. Thomas Campbell, who said that 31 of the 50 service personnel who were diagnosed with TBI have been treated in Iraq. They have already returned to duty, he said, according to Military Times.

However, 18 service members were transported to Germany for further medical evaluation, Campbell said.

Eleven of the 16 ballistic missiles that were fired by Iran’s Islamic Revolutionary Guard Corps Aerospace Division fighters at bases in Erbil and al-Assad succeeded in hitting the Ain al-Assad air base.

Initial reports from the Pentagon claimed no casualties from the attack. Iran attacked the American soldiers in response to the US drone strike that killed Iranian Islamic Revolutionary Guard Corps Quds Force Commander Qassem Soleimani on January 3.

Symptoms of TBI and symptoms of concussion sometimes appear several days after an attack or physical trauma such as a motor vehicle accident or equestrian accident. 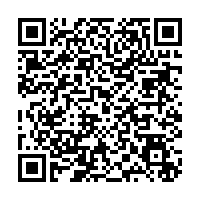