When I was first approached to write a Dvar Torah to honor the memory of our beloved grandson – Nachman Doniel ben Aryeh Zvi, z”l, – Donny, I was truly at a loss for words. As I glanced through the Torah readings, I paused when I reached Vayikra.

Vayikra is filled with the laws of korbanos, and hardly seems designed to lend itself to words of love and sadness at the loss of our beloved grandson. However, as I looked over the parsha more carefully, I realized that nothing could be further from the truth.


In the third verse, Hashem instructs Moshe: “Im olah korbano . . . zochor tomim yakrivenu – If one opts to bring an Elevation Offering . . . that Offering must be a male without blemish.”

In the Medrash Tanchuma, we are told that this particular sacrifice is referred to as olah, as it is superior to all other offerings since it can be brought purely voluntarily.

This is what Donny and his life were all about. Much has been said and written since his tragic passing about his middos tovos, his love for davening and learning Torah, his concern and caring for others and his organized and planned-out week. Everything he intended and needed to do was laid out in advance so that he didn’t miss a beat and accidentally skip over something he wanted to get done – including calling his grandma, my wife, each and every Thursday evening (about 2:00 – 2:30 p.m. our time on the East Coast).

Unfortunately, I usually missed those calls, as I was out at work. Nevertheless, he would call me from time to time on erev Shabbos, when he knew I would be at home.

So when the phone rang around 10:00 a.m., the morning of Lag B’Omer, I was still at home and answered the phone. I was so surprised to hear his sweet voice. I told him how great it was to hear from him, but I was curious why he was calling several hours earlier than normal. It was then that he told me that he was leaving shortly to go with some friends who had asked him to join them on a trip to Meron. As we all are aware, Israel had been in lockdown for several months due to the Coronavirus, but many of the restrictions had been lifted and the boys wanted to finally get out and about, seeing Eretz Yisrael.

So, I and many others are left with the gnawing question: Why Donny??

Until the day that I hear it directly from Hashem, my answer to myself is that so it was decreed that Donny be taken from us on that day.

Donny is a true korban olah, a young man who was and is a tomin – a pure, kind and gentle boy. He was and I trust will continue to be an inspiration for others to emulate.

My heart goes out to my beloved son and daughter-in-law, because regardless of the reason, they have lost a most wonderful son, and of course to my wife as well, who no longer receives those Thursday phone calls to Grandma.

May his life and soul be for a blessing.

Donny, your grandpa loves you and misses you very much! 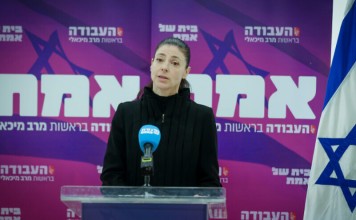 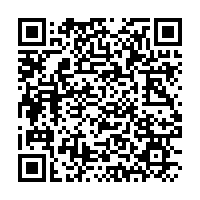