A bill sponsored by former Shin Bet chief MK Avi Dichter (Likud) seeking to ban contact between Israeli organizations and individual citizens and the Palestinian Authority’s security services, was approved on Wednesday in a preliminary reading. The bill was passed with the support of the government, with 23 ayes vs. 2 nays.

The proposed amendment to the Penal Code is intended to close a loophole in the law that is being used by the Palestinian Authority’s intelligence and security agencies to spy on Israel. The loophole was created by the fact that the PA is not a state, but, unlike Hezbollah and Hamas, its foundation group, the PLO, has been removed from the terrorism list in 1994 with the signing of the Oslo agreements. Since the law in its current version prohibits contact with intelligence agents of foreign states or terrorist groups, PA spies are free to operate inside Israel with impunity.


The amendment is intended to change the definition in the law of “foreign agent” to include foreign entities that are not considered a state or a terrorist organization.

The bill’s sponsor, MK Dichter, responded: “I welcome the decision of Committee ministers to support my bill to redefine a ‘foreign agent.’ The prosecution of Israelis who cooperate or provide information to the PA or entities hostile to Israel who are hiding behind a European or international cover is not a matter of left or right, but a national threat that must be uprooted.”

Dichter thanked the Ad Kan group for pushing the issue into the public arena.

Ad Kan Director-General Gilad Ach said: “This is not a question of right or left, but a question of whether the State of Israel wants life. The bill prohibits contact with Palestinian Authority intelligence.” He urged the Knesset to complete the legislative process soon. 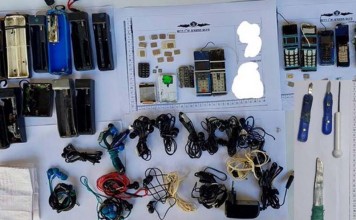