The Middle Ages boasted a number of outstanding Jewish women. The most remarkable among them was Dulcea of Worms, wife of Rabi Eleazar Rokeach. We learn out about her remarkable character and capabilities from an elegy her loving husband composed in the form of an alphabetic acrostic fashioned after King Solomon’s “Woman of Valor” in Proverbs 31. Dulcea of Worms, however, rose above the stature of the Biblical “Eishet Chayil” both in capabilities and character.

In the prose portion that precedes the eulogy we learn about Dulcea’s fate, her extraordinary courage and tragic martyrdom. Shortly after the Third Crusade swept through the Rhineland, two Germans armed with swords broke into Dulcea’s home, struck her, killed her two daughters, Bellette and Hannah, wounded her husband, her son, a teacher and the students. Despite her injury, Dolce immediately leapt up and ran into the street, calling for help and hoping to distract the attackers. She succeeded, for they followed her out of the house, enabling Rabi Elazar to lock the door and prevent the murderers’ re-entry, saving the lives of the injured in the building. Unable to re-enter and continue their intended massacre, the murderers savagely killed Dolce on the spot.


Rabi Elazar ben Yehuda Rokeach in his eloquent eulogy designates Dulcea as chasidah (saintly) and tzadeiket (righteous). In heartbreaking detail, he notes the tragic heroine’s domestic management and business finesse and praises her needlework, noting that she prepared thread and gut to sew together books, Torah scrolls, and other religious objects. He enumerates her knowledge of Jewish practice, her ability to teach Torah to other women and lead them in prayer.

A respected investment broker, Dulcea of Worms was active in arranging matches and negotiating the financial arrangements involved. Moreover, Dulcea was the head of the chevra kadisha for the women in Worms, preparing the dead for their funeral.

Dulcea came from the elite leadership class of medieval German Jewry. She was the daughter of a cantor and the wife of a major rabbinic figure, Rabi Eleazar ben Yehudah of Worms (1165–1230), also known as the Rokeach (the Pharmacist), after the title of one of his most famous works (Sefer ha-Rokeach).

Dulcea and her husband were members of a pietistic circle of Jews, the Chasidei Ashkenaz, that developed following the devastations of the First Crusade of 1096. In order to recover Jewish life among the survivors, Chasidei Ashkenaz authored many mystical and ethical works, known as Sefer Chasidim (The Book of the Pious). This volume was a major resource for everyday Jewish life in medieval Ashkenaz. Rabi Eleazar ben Yehudah was one of the authors.

Above all praise is Rabi Eleazar’s reverence for Dulcea, the enabler of the spiritual activities of the men of her household. The mournful husband invokes for Dulcea at the conclusion of his lament the reward that she be wrapped in the eternal life of Paradise — a tribute to her heroic deeds, and ultimate martyrdom. 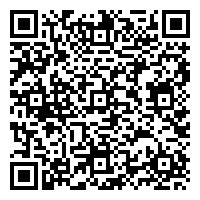