Shavuot marks the birthday of King David and for this reason it is customary in many communities to read Megillat Ruth since Ruth was his great-grandmother. What is not as known, however, is the remarkable story of Nitzevet, the noble mother of King David.

King David had many challenges throughout his life. At one point, this great individual describes that enemies who wish to cut him down surround him; even his own brothers are strangers to him, ravaging and reviling him.

Why did King David arouse such ire and contempt?

David was born into the illustrious family of Yishai, who served as the head of the Sanhedrin (Jewish Supreme Court) and was one of the most distinguished leaders of his generation. David was the youngest in his family, which included seven illustrious brothers.
Yet, when David was born, these prominent family members greeted his birth with absolute derision. David was not permitted to eat with his family, but was assigned a separate table in the corner. He was given the task of shepherd, in the hope that a wild beast would kill him.

Only one individual throughout David’s youth felt pained over his plight and felt a deep bond of love for the child whom she alone knew was undoubtedly pure. This was King David’s mother, Nitzevet bat Adel.

Torn and anguished by David’s unwarranted troubles, yet powerless to stop the degradation, Nitzevet stood by the sidelines waiting for the time when true justice would emerge.
It would take 28 long years for that to happen.


David’s father, Yishai, was the grandson of Boaz and Ruth. After several years of marriage and after having raised virtuous children, Yishai began to entertain personal doubts about his ancestry.

His grandmother Ruth was a convert from the nation of Moav. The Torah specifically forbids a Moabite convert. Boaz and the sages understood this law as forbidding the conversion of male Moabites, while exempting the female converts. Ruth gave birth to Oved, the father of Yishai.

Later in his life, doubt gripped at Yishai on whether Boaz’s decision was correct. If Yishai’s status was questionable, he could not remain married to his wife, a veritable Israelite. Disregarding the personal sacrifice, Yishai separated from her.

After a number of years, Yishai longed for an offspring whose ancestry would be unquestionable. His plan involved his Canaanite maidservant.

He said to her, “Prepare for tonight. I will be freeing you, conditionally. If my status as a Jew is legitimate, you are freed as a Jewish convert to marry me. If my status is blemished, I am not giving you your freedom, but as a Canaanite maidservant, you may marry a Moabite convert.”

Aware of the anguish of her mistress in being separated from her husband, the maidservant informed Nitzevet of Yishai’s plan and suggested a counter plan. “Switch places with me tonight.”

Incensed, her sons wished to kill her and her illegitimate fetus. Nitzevet chose a vow of silence, refusing to embarrass her husband by revealing his plan.

Unaware of his wife’s behavior, but having compassion on her, Yishai ordered his sons not to kill her. “Instead, let the child that will be born be treated as a hated servant. Everyone will realize that he is a mamzer.”

From the moment of his birth Nitzevet’s son was treated by his brothers, as an abominable outcast. The rest of the nation, too, assumed that this youth was a treacherous sinner.
King David’s Corronation

The prophet, Shmuel arrives in Beit Lechem to anoint the new king of Israel. As he lays his eyes on Yishai’s eldest son, tall and distinguished Eliav, he is sure that this is the future king, until G-d reprimands him not to look at outside qualities.

No longer did Shmuel make any assumptions. All the seven sons of Yishai passed before Shmuel. None had been chosen.

“Are these all the lads?” Shmuel asked.

Yishai answered, “A small one is left.”

Shmuel ordered that David be summoned. Out of respect, David first went home to change his clothes.

Nitzevet inquired, “Why did you come home?”

David explained. Nitzevet answered, “If so, I, too, am accompanying you.”

When David arrived, Shmuel doubted whether he was worthy of the kingship.

However, G-d commanded, “My anointed one is standing and you remain seated? Anoint David!”

Tearful weeping could be heard from outside – the voice of Nitzevet, David’s lone supporter and solitary source of comfort. The 28 long years of silence in the face of humiliation were finally coming to a close. At last, all would see that the lineage of her youngest son was pure.

Within moments, the once reviled shepherd boy became anointed as the future king of Israel.
Nitzevet’s Legacy

King David had many sterling qualities. Many of these were inherited from his illustrious father, Yishai. But it was undoubtedly from his mother’s milk that the young David absorbed strong values and the courage to face his adversaries.

From the moment he was born, and during his most tender years, it was Nitzevet who taught him the essential lesson of valuing every individual’s dignity and refraining from embarrassing another, regardless of the personal consequences. It was she who displayed a silent but stoic bravery and dignity in the face of the gravest hardship.

Undoubtedly, it is from Nitzevet that King David absorbed a strength born from an inner confidence to disregard the callous treatment of the world and find solace in the comfort of his Maker. It was this strength that would fortify King David to defeat his staunchest antagonists and well as his most treacherous enemies, as he valiantly fought against the mightiest warriors.

And it was this strength that ultimately allowed him to become the forebear of Moshiach.

Chana Weisberg is the author of several books, the latest, Divine Whispers – Stories that Speak to the Heart and Soul. She is also a columnist for

www.chabad.org’s Weekly Magazine. Weisberg lectures on issues relating to women, faith, relationships and the Jewish soul and is currently scheduling a worldwide book tour for the coming year. To book a talk for your community, for information on her speaking schedule or to purchase a signed copy of her books, please contact: weisberg@sympatico.ca
Advertisement 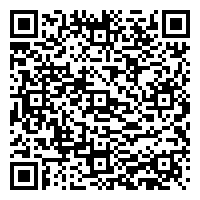