Last week I shared a chronically ill husband’s nomination of his wife for a Caregivers Award. What made the nomination exceptional to me, was the gentleman’s ability to see outside his own pain and recognize the pain his wife was facing. This week, I’m going to share a daughter’s perspective as she tells of her mother, who has cared for her chronically ill father.

“Twenty-five years ago my father was diagnosed with [a progressive, crippling disease]. Dad took the diagnosis so hard, that I remember – even at such a young age – how devastated he was. He wanted to give up. Mom convinced him to start living again. Determined to make the best of the situation, she assured us that we would live as a normal family.

“Under Mom’s guidance, Dad became independent. I remember shopping with Dad. I’d sit in the shopping cart holding onto the handles of his wheelchair. We tied skateboards to Dad’s wheelchair and with Mom on her bike, we’d go for a ‘ride.’

“Mom insisted that Dad return to work; [his work place] accommodated his disability to a degree. Mom drove Dad to work and helped him in, brought me to the babysitter, my brother to school and then finally, herself to work. This was our morning, which got slightly easier when I got older, and Mom had only two out-of-the-way stops before getting to work. The nights meant even more work for Mom; it was like she was a single parent of three children, but worse. The one person with whom she should have been able to share happy and difficult times was so engulfed [in his illness] that he was unable to be a husband to her

“Shortly after Dad’s diagnosis, Mom was offered a promotion. She had been so excited about this, but declined it as Dad needed her care more. She told me much later that maintaining ‘normalcy’ in our home was her priority, doing both would not be possible. That was the first of many times Mom gave up her desires. She told me that [chronic illness] is a ‘family disease’ and does not simply affect the ill person. As a ‘family disease,’ it made Mom not only the caregiver to Dad, but to the entire family, at her own expense. Mom cared for all of us with humor and a ready smile, keeping the pain of her losses inside. As I grew up, I was occasionally able to see through the mask Mom would wear, hiding her own disappointments so we should not see how hard it was for her. She shielded us from pain, fright and losses that [the illness] brought to our home. We grew up happy and healthy, loving both our parents, and sensitive to people’s needs – obvious and hidden.

“After 34 years of marriage and 23 years of [illness] Mom continues to be our caregiver. I am now married and have (my own) children. What I learned about loyalty, parenting and caring I learned from Mom. My Dad, brother and I [all] owe who we are to the sacrifices she made, so that out family could live ‘normally’ – not despite the illness, but because of it.”

With this nomination, we get some insight into a child’s perspective as she grows up with chronic illness. This girl, as she grew into womanhood, began to see that the normalcy she experienced in her home, with her father chronically ill, took a tremendous effort to produce. It didn’t come naturally. As an adult she began to see and gain tremendous insight into what it took for her mother to produce that “normalcy” in her home. 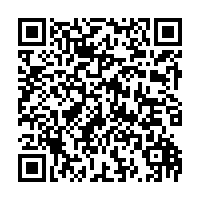