If the Medieval Ashkenazic Jewess sounded fairly liberated in the last installment, the same cannot be said for her Middle-Eastern sister. Ashkenazic travelers who visited Jewish communities in the Muslim Empire for business noted with astonishment that women were secluded at home. Thus, few women, Jewish or Muslim, achieved any noteworthy positions of power in this environment.

During the earlier periods of Muslim rule (8th through 10th centuries), Jewish communities enjoyed significant independence, self-governing their own communities after the sultan’s approval of the Resh Galuta (Exilarch). So Jewish men clearly had significant communal power, as well as some secular influence, particularly in the form of the stereotypical Jewish doctor servicing the crown. However, all is silent on the female front for quite a number of centuries.

Historians generally fall into a tizzy over a woman named Dahiya Kahina, an 8th century North African military general who united Jewish, Christian and pagan tribes to push back advancing Muslim forces, although her Jewishness is stamped with a bit of a question mark. If she was Jewish, she was certainly a powerful Jewess. She succeeded in beating back the attackers, after which she assumed the role of queen until the Muslims invaded again five years later, killing Dahiya Kahina and exiling her possibly Jewish tribe.

However, the more reliable discussion of politically active women appears later, in 16th century Turkey, when Jewish women began to assume the role of kira, an agent on behalf of the sultan’s wives, daughters, and queen mother. These royal family members were severely restricted in their comings and goings and general public appearances, requiring an advocate “on the other side.” Jewish women, being somewhat less hampered by Islamic social and religious norms, were less offensive to the crown than Muslim women would have been in this role.

What did the kira actually do? They were business negotiators, personal shoppers, medical advisers, and mailmen. Basically any chore that required sun on your face, was done by the kira.

Records indicate that during the 16th century, this position was consistently filled by Jewesses, which gave them a direct line to the sultan. A document from 1548 notes that Suleiman I rewarded one such Jewess a tax exemption for her and all her descendants because of her valued services.

Another kira named Esperanza Malchi actually corresponded directly with Queen Elizabeth I of England, bolding proclaiming her Jewishness in the first few sentences, which is ironic, being that Jews were still banned from that particular island. The correspondence is basically a swapping of beauty tips, with the kira sending some aesthetic gifts to the queen and requesting in return “distilled waters of every description for the face and odiferous oils for the hands” (Edited by Franz Kobler, A Treasury of Jewish Letters vol. 2 (Philadelphia: The Jewish Publication Society of America 1954) Pg. 392) for her sultana, apparently to improve complexion and skin texture.

Esther Handali is perhaps the most well-known of the kiras (Standford Shaw The Jews of the Ottoman Empire and the Turkish Republic (New York: New York University Press 1991) pg. 90-91). She started her career as a simple peddler, selling jewelry and trinkets to the women of the harem, and her role evolved from there. Soon she was performing all sorts of services, and the royal women came to depend on her, particularly to discuss their troubles and cry on her shoulder. This proved a valued relationship, being that Esther began to whisper sweet suggestions in the most favored sultana’s ear, who then whispered them even more sweetly into the sultan’s ear, and not long after, Esther was influencing royal appointments and trade contracts.

Apparently, Esther was also a linguist, and was sent to Venice on some kind of spy mission. Which is also pretty cool, although I’d personally rather do the shopping part than the espionage part of her chore list.

Turkish Jews and Muslims would flock to her door with bribes or requests for her to exert her influence with the royals. However, Esther’s greatest legacy was her work on behalf of the Jewish community. She intervened on its behalf whenever possible, and was heavily involved in philanthropy, funding the printing of Jewish texts, building schools and shuls, and caring for the poor. She was ultimately murdered when the elderly sultan died and his successor came to power amidst civil discontent. He did not have the political power to protect her from a horde of provincial malcontents who wanted to restructure the power dynamics in the capital.

As always, the theme of powerful Jewesses garnering jealousy and local resentment is laced throughout the story of the politically active members of our community.

During this era (16th century), another woman made a name for herself as both a political force on the world stage as well as a Jewish communal leader. She was referred to simply as “La Senora,” and everyone knew who she was.

Dona Gracia Nasi was born in Portugal to a family of conversos who secretly maintained Jewish tradition. After the death of her husband, she inherited his spice and gem trade, and settled in Antwerp. There she opened a bank, with the intention of helping trapped conversos funnel their money out of the country and relocate. Garcia’s wealth, business contacts and ability to transfer large sums made her a magnet for European rulers who were always short on cash. However, this also attracted unwanted attention, and her daughter was sought out by a Catholic nobleman, causing the Nasi family to leave Antwerp hastily.

Gracia eventually moved her family to the province of Ferrara in Italy where they were able to practice their Judaism openly. Garcia continued her efforts to help Portuguese Jews escape and funded the printing of numerous Jewish texts to encourage learning. Seeking out a real haven for Jewish life, Garcia moved once more to Istanbul, where she formed close ties with the sultan’s court, and built institutions for the Sephardic Jewish community. (The shul, of course, was known as ‘the synagogue of the senora’). Her ultimate goal was to access land in Palestine, which she succeeded in doing after signing a hefty lease for the city of Tiberius, to realize her dream of a Jewish settlement. After her death the lease remained unpaid, so the community fell apart.

Much has been written about the life of Dona Gracia Nasi, describing her philanthropy, ambition and wealth. The following is a tribute to her by the Soncino family, acclaimed Jewish printers who perpetuated many texts.

“The crowned gentlewoman, the glorious diadem of Israel’s multitudes, stately vine, crowning glory, beautiful garland and royal miter, the wisest of women built Israel’s house in pure holiness; with her strength and treasures she extended a hand to the poor in order to rescue them and make them content in this world and the next” (Taitz, Henry and Tallan The JPS Guide to Jewish Women (Philadelphia: The Jewish Publication Society 2003) Pg. 180).

In a very different vein, a unique woman named Asenath Barazani Mizrahi was a force in the Jewish community of 16th century Amadiya (Kurdistan, Northern Iraq) as a religious scholar and mentor. The daughter to a father who had no sons, Asenath became his chavrusa and partner in running his yeshiva. Upon her marriage, her father insisted her husband agree to free his wife from all household responsibilities so she could continue her studies. He agreed to this, a decision which would ultimately work in his favor, being that he too ran a yeshiva which he was too busy to actually run, so Asenath taught the young men. As she describes in a letter: ‘From the beginning, the Rabbi was busy with his studies and had no time to teach the pupils; but I taught them in his stead” (Erich Brauer The Jews of Kurdistan (Detroit: Wayne State University Press 1993) pg. 177).

After her husband’s death, she became an active voice in perpetuating Jewish practice in the community, ensuring men and women were familiar with Jewish law. The Jews of Kurdistan referred to her as Tannit, the female version of a Tanna, as her father had been called. Folklore still abounds about Asenath in communities of Kurdish heritage, and her name is used in charms.

Now, this does not mean that Jewish women were educated, wealthy and powerful, I’ll just repeat: no, no and no. Jewish women were mostly illiterate in the Muslim Empire (even the Rambam’s own sister Miriam needed a scribe to write a letter for her to her brother), and most widowed women suffered from dire poverty and few Jewesses made their way in political circles. However, history’s lengthy drama exhibits just a few of these fascinating women who found themselves suddenly shoved into the spotlight from their more familiar position arranging the props backstage.

Iran, China, Promise to be the Biggest Tests of Biden’s Presidency in 2021 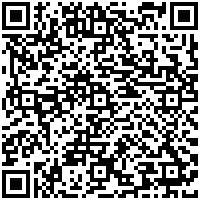