Last week I wrote about how, through keeping a gratitude journal, we can program ourselves to experience more happiness in our lives. However, just as we can program ourselves to be happier, we can be programmed to be miserable and think less of ourselves. This can happen when someone we trust and respect tells us we cannot accomplish what we have set out to do. When our mentors or role models tell us that we do not have the intelligence or creativity to succeed, we begin to see ourselves as inferior. We begin to think less of ourselves, surround ourselves with a sense of failure and accomplish less because we feel incapable.  After all, people rise to the height of their own expectations.

Sybil was working towards getting her degree and was succeeding. She had mastered the techniques needed for the highly interpersonal tasks required for a specific course. Being very much a people person, her innate ability to relate, empathize and be supportive of others along with her high motivation to succeed was a tremendous asset.  It was the text work that was giving Sybil difficulty. One day she discussed a particular problem she was having with her counselor. As Sybil explained her problem with the assignment, red flags were raised in the counselor’s mind. The way Sybil handled the assignment seemed to be consistent with how a learning disabled adult might attack the task. And so the counselor decided to ask Sybil if she’d consent to some testing. Wanting to succeed and hoping that whatever the test revealed might help her with her schoolwork, Sybil agreed. Unfortunately the results confirmed the counselors’ suspicions and it appeared that Sybil’s difficulties stemmed from some learning problems.  Instead of making suggestions on how Sybil could compensate and work around her disability, the counselor advised Sybil to quit the course, telling her that she really didn’t need this degree, would probably not succeed anyway, so why bother. Sybil was devastated. Her self-image plummeted. She quit the course and felt she was condemned to never being able to find success in any academic endeavor or even succeed at a job.

Karen always knew she wanted to be a teacher. And so after high school she enrolled in college with that goal.  Though her grades were good, her counselor called her in and told her she really needed to rethink her career plans. Her test scores, related the counselor, made being a secretary a more realistic goal. Fortunately for Karen, she refused to listen and continued with her studies. Today Karen holds several doctorates and is a respected professional.

When Albert was a student teacher, all the professionals he worked with were concerned with the way he related to young children. He used verbal put downs and insults as his means of controlling his class. And though the children hated him, few acted out, not wanting to be a victim of his whipping words. What was most surprising was that none of Albert’s supervisory staff ever discussed this verbal abuse in their evaluation of his work. They just passed him on with adequate recommendations. Today, years later, Albert is still moving from school to school never understanding why his one-year term appointments are never renewed.

Being in the position of directing a person’s future is an ominous job. You can often determine that person’s future life prospects with your words. It is important to be honest and accurate but never underestimate the power of hard work and motivation. Letting a person know where their difficulties are does not have to be a death sentence. Being honest but giving ideas about how to get around the disabilities while letting the individual decide if they continue with a program is paramount.

Hearing a person tell you, you cannot succeed in your life’s choice is devastating. But you do not have to accept what is being said. More often than not success is in your own hands and a reflection of your attitude about yourself.

Not giving a person the facts about their aptitudes or performance is as unfair as making career choices for them. We cannot grow if we do not have an accurate idea of our strengths and weaknesses and are given a chance to developed those strengths and change what is negative.

But in the end it must be up to each individual to evaluate the difficulties and the assets they bring to a life choice. It is up to them to decide whether to continue or quit. Making the choice for them by telling them they will not succeed as they are or allowing them to think they will succeed when they need to revaluate can very well destroy their future.

From Perfection To Progress: The Key To True Empowerment and Happiness – Soul Talk [audio] 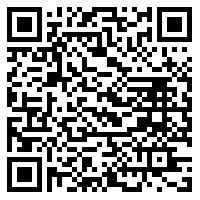