What is it about a diamond that makes it the most valuable gemstone known to man? For one, it is known for its superlative physical attributes, mostly due to the strong covalent bonding between its atoms, giving it an extraordinary toughness. It also possesses remarkable optical qualities, being largely resistant to impurities, which gives the stone a pure and lustrous appearance. Finally, when properly honed and cultivated by adding multiple facets, its innate beauty is further enhanced and accentuated. This description, I believe, applies equally to my very dear friend, Rebbetzin Irene Klass, a”h; she was like a diamond in every respect, and a rare one at that.

My first experience with Rebbetzin Klass goes back to 1990, when I was invited by the New York Mets to open one of their ballgames by singing the national anthem. To the best of my knowledge, it was a first for the Mets, and perhaps in the history of baseball, that an anthem singer at a Major League game would be wearing a yarmulke. My close friend, Chaim Kaminetzky, who thought it too auspicious an occasion to let go unnoticed, called The Jewish Press, hoping they would assign a reporter to cover the event. We were fairly confident the newspaper would deem it sufficiently newsworthy, but what we didn’t expect, was for Rebbetzin Klass to declare that she herself would be present in the Shea Stadium Press Box to cover the event, and that she would also be writing the article. After completing my anthem duties on the field, I took a hike up to the press box to pay Rebbetzin Irene a courtesy visit, which marked the beginning of a warm friendship that continued until her passing.


It is no surprise that Rebbetzin Klass knew very little about baseball, but what did take me a bit by surprise was her child-like eagerness to experience something new – even at her rather advanced age (in fact, the first sentence of her article was a quote from her husband, the eminent Rabbi Shalom Klass, a”h, which was: “You’re joking, aren’t you?”). But this was the world of Rebbetzin Irene Klass, and it was a big world indeed, where nothing escaped her keen interest and curiosity.

Rebbetzin Irene’s antennae were always up, not only when it came to new experiences, but also when there was someone out there in need of kindness or a helping hand. I learned this soon after our relationship began, when she called me to request that I sing at the wedding of a young lady who recently arrived in the United States from the former Soviet Union. It was then that I learned three things would always be true when Irene Klass asked me for a favor. One, it would never be for herself; two, it would be very worthy of my time, and three, she would not be taking no for an answer. After a few such occasions, I came to understand how Rebbetzin Irene Klass employed her powerful role as matriarch of The Jewish Press – that is, directly and forcefully, but always politely and quietly.

Just seeing Rebbetzin Irene invariably boosted your spirits. She would greet you with the usual twinkle in her eye, and then would promptly turn and sing your praises to the person next to her. But one had to be careful not to be deceived, as this was not your typical “sweet old lady.” Though quite petite in stature (she was barely 5 feet tall), when it came to defending the Jewish People, she instantly morphed into a lioness protecting her cubs. Anyone who had the temerity to express an opinion to Irene Klass that offended her ironclad principles would be cut down to size very quickly, and those who mistakenly tried it – did not do so again.

Whenever we spoke, Rebbetzin Irene never forgot to inquire about my family, my daughter in particular, who was critically ill during the early years of her life. After nearly losing our daughter so many times, my wife and I learned very quickly to appreciate every day we had with her, and thus birthdays in particular became grand milestones. In one phone conversation with Rebbetzin Irene, which took place shortly before my daughter’s birthday, I joyfully informed her of our impending occasion. “Ira, what are you doing for her, for this special occasion?” She inquired. “We’re making a birthday party for her, of course!” I replied. “Not enough” she retorted without missing a beat. “This year, you’re going to do something special,” and then told me to expect a phone call. Within an hour, I received a call from Dovid Nachman Golding (aka “Ding”), Uncle Moishy’s manager, who informed me that he was under strict instructions from Rebbetzin Irene, and all he needed was a time and place. That Sunday, just in time for the party, Uncle Moishy was at my door.

Goldstein on Gelt: How to Turn Spending Money Into an Educational Experience

Goldstein on Gelt: How to Turn Spending Money Into an Educational Experience 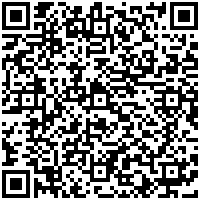