Adolf Hitler’s personal telephone, presented to him by the Wehrmacht and engraved with his name, which was later gifted by Russian officers to Field Marshal Montgomery’s Deputy Chief Signals Officer who had arrived at the Fuhrerbunker only days after the fall of Berlin, was auctioned by Alexander Historical Auctions house in Maryland.

The auction house quipped that this phone is “arguably the most destructive ‘weapon’ of all time, which sent millions to their deaths around the world.”

The “Siemens” phone, originally bearing a black Bakelite body, was professionally painted a deep red and bears on the reverse engraved eagle and swastika above the owner’s name, appearing beneath the handset cradle. The rotary dial is comprised of red Bakelite with a faded interior number dial on its surface, with a black numbered dial beneath. The handset bears an approx. 40 inch braided cord.

Interestingly, the handset must be rotated almost 60 degrees before it can be removed from the cradle, this to prevent it from shaking loose during transport in a moving vehicle. The phone also has a 54 inch braided connection cord which terminates in four metallic loops: these loops would be pulled over pin-type connectors for quick connection.

This incredible relic was consigned by a direct descendant of Brigadier Sir Ralph Rayner (1896-1977). Rayner was commissioned into the Duke of Wellington’s Regiment, in which he served as a signals officer. He served in the rank of Brigadier under Major-General C.M.F. White, Field Marshal Bernard Montgomery’s Chief Signals Officer. On May 5, 1945, a day after the German surrender, Brigadier Rayner was ordered by Montgomery to establish contact with the Russians in Berlin. Very likely the first non-Soviet victor to enter the city, Rayner went to the Chancellery where Russian officers offered him a tour. On entering Hitler’s private quarters, Rayner was first offered Eva Braun’s telephone, but politely declined, claiming that his favorite color was red. His Russian hosts were pleased to hand him a red telephone – the telephone on auction.

Brigadier Rayner also left the bunker with an Allach porcelain Alsatian, likely gifted to Hitler as well (and offered in the same auction).

“It would be impossible to find a more impactful relic than the primary tool used by the most evil man in history to annihilate countless innocents, lay waste to hundreds of thousands of square miles of land, and in the end, destroy his own country and people […] with effects that still menacingly reverberate today,” the auction house noted, adding, “This was not a staid office telephone used to solicit contributions to the party, or to answer polite calls at the Berghof […] this was Hitler’s mobile device of destruction, used in vehicles, trains, his field headquarters, at the Wolf’s Lair…and in the last desperate days deep beneath Berlin. While Hitler vehicles, tunics, accessories, tableware, and other personal items are readily available, an item of this importance with such solid provenance is offered perhaps once in a lifetime.” 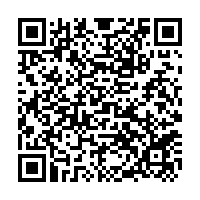