Pinny is a fourth grader in Mrs. Spitzer’s classroom. The class is doing a math lesson – its long division. Pinny loves math, so he’s giving Mrs. Spitzer his full attention.


“Now class,” Mrs. Spitzer intones, “what do we do after we subtract 7 from 9?” “Bring down the 4,” answers the entire class in unison.

O.K. I know subtract and bring down, but haw does it start again? Oy, I’m never gonna be able to do this. We have a social studies test on Thursday on 40 pages in the book. 40 pages!!! How am I gonna study 4O pages?

Pinny glances down at his math workbook, and is surprised to discover that he has written nothing in the spaces for the answers to numbers 1,2,3, and 4. As he glances around the classroom, he sees that everyone’s workbook is filled except his. As he quickly glances at Chaim’s workbook, which is on the desk next to his and fills in the answers, he feels so frustrated.

“What s wrong with me,” he wonders.

Pinny feels nervous. He studied the material a few times with his mother the night before, but he is not sure he knows it well. He couldn’t eat breakfast or lunch properly so his stomach is rumbling and his mouth feels dry.

“Keep your eyes on your own paper” says Mrs. Spitzer firmly. “Turn your papers over and you may begin.”

Pinny turns his paper over and looks at it again and again. None of it, nothing seems familiar. “Maybe I got the wrong test, “Pinny thinks to himself. “Let me take a look at Chaim’s paper. I hope Mrs. Spitzer doesn’t notice. Nope. It’s the exact same test. I don’t get it I studied hard last night? What happened?”

And as he watches everybody else busily filling in answers on their test paper, he frantically tries to recall something, ANYTHING, from last night’s study session. Pinny sits there feeling truly helpless and wondering “what’s wrong with me?”

Pinny is exhausted. He barely slept the night before worrying about taking the bus to go to his grandmother’s house for Shabbos. This would be the first time he would be going there straight from school.

The Rebbe is speaking to the boys, something about bus changes.

“O.K. boys, listen up. We have new drivers on the buses, and the routes have changed slightly. I’m going to read your name and bus number. After that, I want you to pack up, and wait on line until I dismiss you.

I hope Bobby prepared my favorite chocolate cake. I hope she remembered that the cover that she usually keeps on the bed is very scratchy and itchy. I hope she changed it to the green and blue one.

Mommy thinks I’m big enough to take the bus all by myself. I hope she’s right and I don’t get…

“Pinny,” a deep voice interrupts “Everyone else is packed up, on line, and ready to go.”

“Right Rebbe, I’ll be really quick .Which bus am I going on again?” Pinny hears the rebbe audibly sigh, as he repeats the instructions for the bus.

Pinny gets on the bus headed to Flatbush. He feels a bit queasy, but he has reviewed the route so many times with his mother that he’s pretty sure he’ll know where to go. After frantically searching through his knapsack, he realizes that he has misplaced the address.

O.K., so I’ve been to Bobby’s house before, I’ll just wing the address from memory. Is it 1427 East 37th street, or 1437 East 27th street. Which one is it? I can’t remember. Which one is it? Let me think…Let me think…. O.K. I know my friend Simcha lives around the corner from Bobby, and he lives on East 28th street, so its gotta be…Whewl Here’s the paper with the address stuck in the pocket of my folder. East 27th street here we come! 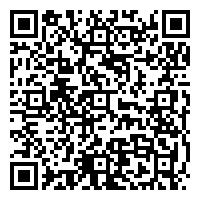