Looking around my cozy kitchen, my brain knew it had been a couple of weeks since the chagim ended and that I should be in the mood to cook again. My heart though, was another story. Menu planning for the month of Tishrei really took everything I had to give and the will to plan meals had not yet returned. I was not even sure I was hungry, but the kids were – they always are, right?

I usually do a lot of food prep on Sunday and I also try and make at least one big recipe, like a soup, that we eat all week. But vegetables? The washing, the peeling, the chopping – I felt so uninterested in doing any of it. So instead, I announced to my oldest two children that they were going to learn to cook. I said this with a huge smile and lots of excitement, on the off chance that they wouldn’t find this news all that exciting. But they did. They were pumped, all smiles. They learned to bake ages ago, and they’ve been wanting to learn knife skills and how to stir-fry things for a while now, but I just hadn’t found the right time. A rainy Sunday, though, is the perfect time.


In theory, I feel very strongly that all kids should have access to a kitchen and should learn the skills that go into keeping them not only safe, but productive. I’d like all my kids – boys and girls – to know how to prep, cook and clean up after themselves, leaving the kitchen how they found it. And even though my kids are still young(ish), I like the idea of knowing that they are comfortable in the kitchen and won’t starve should they find themselves far from home.

In practice, though, I get why most kids don’t know which end of the spatula is up. Kids in the kitchen equals a huge mess, a potential need for stitches and just general chaos. I’m not a huge fan of any of those things, but I do like when my kids help around the house. They know how to fold laundry, sweep and vacuum and set the table for Shabbos. They know how to make challah, from proofing the yeast to making an egg wash, and they can make a pretty good salad. But they don’t know how to cook – how to dice an onion, brown ground meat or make a soup – yet.

I decided that they were going to learn on one of our favorite recipes – Hamburger Stew. The original recipe comes from a wonderful cookbook called Healing Kitchen. My family did not love all the ingredients in the original recipe so I played with it a few times and, after several tries, I settled on this recipe, with all its changes and additions. It’s not simple, but pushing kids out of their comfort zone gives them the confidence to take on the next challenge.

We have a large picture hanging in our house that says, “We Can Do Hard Things” – because we can, all of us. My boys sat down to read the recipe and were eager right away, because that’s their nature. By the time they finished reading, however, they were looking at me like a couple of deer in headlights.

It wasn’t the steps in the recipe that made them look at me that way, it was the skills. But once they learned the skills, a recipe like this will never make either of them nervous again.

These are the skills we learned in one afternoon:

I debated starting the kids with less-than-sharp-knives but there’s really no point in doing that. If they are learning a skill, they might as well learn it right. Sharp knives, a cutting board, a spatula, a really large stockpot, a medium-sized bowl, an immersion blender and a frying pan were all the fleishig kitchen items we started with.

Here’s the recipe, the list of ingredients and the detailed steps we took:

Step 1: Prep all your vegetables and set them out in bowls on the counter. This is called mise en place and is just a fancy way of saying “everything in its place.” I showed the kids that when everything is laid out on the counter – ingredients as well as all utensils and needed kitchen items – cooking becomes a whole lot easier. It also makes it easier to spot a missing item before the cooking begins.

Step 3: Heat 2 tbsp of olive oil in a large stockpot. Add the diced onion, carrots and celery. Let the vegetables cook, mixing every few minutes, until the onions start to get soft.

Step 4: Add the ground meat to the pot and mix almost continuously, until the meat is cooked through. This is a lot of meat and there are already many vegetables in the pot, so this can take a while.

Step 5: While the meat is cooking, pour the cold chicken soup over the zucchini and mushroom mixture. Use the immersion blender to blend the soup and vegetables into a sauce for the stew.

Step 6: When the meat is cooked through, pour sauce into the pot, give the whole thing another good mix and let it simmer over low heat, covered, for 25 minutes.

Step 7: Let the stew cool for a bit and add salt if needed.

Before we began, we went over a few safety tips. We learned:

One last tip – when cooking alone, this recipe takes me less than 15 minutes to put together, minus the cooking time. With the kids, it took significantly longer. We went very slowly, going over each step before they did it. But the time was well-spent because not only do they have a substantial recipe under their belts, they also have all these new skills that they can apply to new recipes any time they want. Or I want. Like maybe next Sunday. I think I can get used to this kind of help in the kitchen. 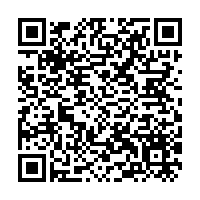