A delegation led by the chief of the U.S. National Guard Bureau visited Israel last week to learn new techniques in emergency response, according to Defense News.

Participants watched a large-scale exercise in northern Israel, where emergency responders trained in alerting and assisting civilians “under threat” by Hezbollah terrorists.

The Iranian-backed Lebanese terror group has an arsenal of nearly 100,000 rockets and missiles stored in the mountains and valleys across the border from northern Israel.

The American delegation also was briefed on the latest technology being used in Israel, including the “personal alert” service, an individual warning system that sends alerts straight to one’s smart phone.

In addition, the group learned about the new “National Alert” system, a central command and control system that activates and sends out alerts across all the warning channels of Homefront Command. 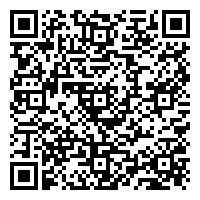