(Unless otherwise indicated, all quotes are from The Hebrews in America: A Series of Historical and Biographical Sketches by Isaac Markens, published by the author, New York, 1888.)

Early American Jewish history is unfortunately replete with examples of observant families who came to America and, within a relatively short period of time, not only abandoned much of their commitment to religious observance but even had the sad experience of having some of their children intermarrying and assimilating. One family that did not follow this trend was the Hays family.

Michael Jechiel Hays (originally de Haas), who died in August 1740, emigrated with his wife, six sons and daughter from Holland during the first quarter of the 18th century.

An extract from the obituary of Benjamin Etting Hays [a great grandson of Michael Jechiel], written in 1858 by Jacob da Silva Solis-Cohen, said that “his forefathers immigrated from Holland with the first settlers. They came in their own vessel with their own cattle and agricultural implements to till the soil as had been their occupation at home.” The extract continued, “Settling near New Rochelle, they remained plain, unassuming farmers adhering rigorously to the Jewish laws, highly esteemed for their wealth, industry and integrity, as well as for the assistance given their adopted country even before called upon.”

Michael Jechiel Hays, who is believed by some family members to have married twice, had six sons: Jacob, Solomon, Isaac, Judah, Abraham and David. Jacob Hays is the first member of the family of whom there is any record, the family papers say, and in 1721, with Titus Beekman of New York, he leased 40 acres in Rye “to work mines thereon” – referring to iron deposits.[i]

Jacob Hays, who was naturalized in about 1723 and died in 1760, was among those active in the erection in 1730 of the first building of New York City’s Congregation Shearith Israel.

Jacob’s children were Michael, David, Benjamin, Moses, Charity and Abigail. Michael was a farmer in North Castle, Benjamin ran a tavern in Bedford, and David ran a general store across the common from the tavern. David’s wife, Esther [Etting], is recalled by family members in heroic terms.[ii]

Jacob’s children were strong supporters of the colonists during the American Revolution, despite the fact that there was considerable Tory support in Westchester County where they resided.

While David was serving with the American forces on Long Island in the Revolutionary War, the British burned the Hays home in Bedford, and then burned the entire village. In bed with a newborn infant, Esther Hays had refused to disclose the whereabouts of a party of patriots attempting to drive a herd of cattle through the British lines to the American camp at White Plains.

Servants removed Esther and her infant and hid them in the woods until they could be rescued. Among the young boys engaged in moving the cattle through enemy lines was a son, Jacob, then 7 years old. Jacob later became New York City’s High Constable, or chief of police, for nearly a half-century.[iii]

High Constable Jacob Hays was one of the unique characters of New York many years ago. Born at Bedford, Westchester County, N. Y., in 1772, he came to the metropolis [New York City] in 1798, and was appointed by Mayor Varick as one of the marshals of the city. Four years afterwards he was appointed by Mayor Livingston High Constable of the city, corresponding to the present office of Chief of Police. So faithfully were his duties performed that he occupied the position up to the time of his death in 1850, discharging for some years also the duties of Sergeant-at-Arms of the Board of Aldermen and Crier of the Court of Sessions.

New York never had a more vigilant, industrious or efficient head of police. During his long public career of forty-eight years he slept, on an average, not more than six hours out of twenty-four. The cry of “Set old Hays on them!” always sufficed to quickly disperse the unruly element. In hunting down and bringing criminals to justice he had no equal. The first on hand at all signs of disturbance, the “Terror of Evil Doers” promptly restored order out of chaos by the magic of his presence. His fame as a detective was known all over the world. 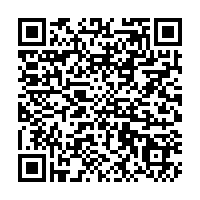