As I sit at my home computer typing these words, virtual gale-force winds are blowing through my apartment, filling it with fresh – and free – air. This has not always been the case. In fact the electric bill for the past two months was astronomical, due in large part to our high usage of air conditioning virtually around the clock.

When we purchased our apartment “on paper” a number of years ago, we were among the first to buy in our particular development, and as such were in the enviable position of having first choice among the 48 apartments in the project. It was a no-brainer. We immediately selected the last upper unit in the complex, which afforded us the least noise, the most privacy and the best view and exposures. We have never regretted that decision.

The only downside to the arrangement was that although our cross-ventilation was incredible in theory, the lack of screens on our windows made it impractical to implement. So we did some research and came up with the name of a highly recommended “tris” and screen man. I immediately wrote his numbers on the first page of our local phone directory for safekeeping. We then contacted him, explained our dilemma and requested that he come by at his earliest possible convenience to measure for three screens that would afford us adequate cross-ventilation, even during the hot summer months.

He was very friendly and receptive over the phone, and somehow figured out multiple connections to a number of our friends and relatives. However, he was busy with larger, more lucrative jobs – and never showed up.

Every few weeks we would call him again, have a pleasant conversation, and await his arrival. But he never came.

Finally, we decided to throw in the proverbial towel and try to locate another workman to do the job. We added that task to our lengthy to-do list, and promptly forgot about it.

A few days later, a cousin who lives in our neighborhood phoned to invite my husband to attend her husband’s first ever siyum on Shas. My husband was not available to speak to her, so she gave me her cell phone number and I assured her that I would deliver the message and that he would return her call later that day. I did not want to risk forgetting this wonderful simcha, so I wrote her number on the very first page of our local phone directory.

I relayed the message to my husband as soon as I saw him. In addition, in my capacity as his unofficial secretary, I even offered to place the call for him, instructing him to pick up his extension on my signal.

You guessed it! In my haste to follow through on my commitment, I accidentally dialed the wrong number. The friendly, vaguely familiar voice that answered was definitely neither our female cousin nor the ba’al simcha. As my husband was about to apologize to the screen man for inadvertently dialing his number, the latter recognized my husband’s voice as well.

“I’m just finishing up by another Klein,” he said. “I’ll be over in just a few minutes.”

I quickly dialed my cousin’s correct number and my husband graciously accepted the invitation to participate in the upcoming siyum. He had barely hung up the phone when the screen man appeared as promised, just a couple of months late. He set to work measuring and ironing out the details of our order, as we looked on incredulously.

The following day, my husband attended the very moving and simchadik siyum, along with family, friends and neighbors. I stayed home and supervised the installation of our sleek new screens.

Now, as the cool fresh air blows through our house, I not only enjoy the pleasant breeze. I also marvel at the uncanny sequence of events that brought us to this very welcome new reality.

The Gemara in Chullin tells us that a man does not strike his finger below unless it was decreed from Above. I guess that principle may also apply to “screening” our calls!

Netanyahu, Rightwing Parties, Regain Control of the Knesset with 60 Mandates 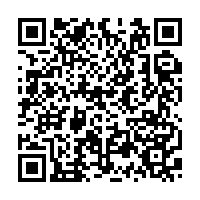