Home Magazine Archives Humanizing The Nursing Home Experience
Share on Facebook
Tweet on Twitter
Whenever I go to nursing homes, I often wonder how the professionals see the residents. I know, from my own experience, that most of the workers that come in contact with the residents are caring, giving people. They often smile and “chit-chat” with them, trying to make their day a bit brighter and more interesting.

Yet, I often wonder if they see the ones they’re caring for, as our loving father who taught us how to say Kiddush and led those memorable Passover Sedorim. I wonder if they realize that he too was once an infant, a toddler who amazed his parents with his first words and his first tentative steps. Do they see our mother as the person who cuddled her children, kissed our wounds away and chased away the scary monsters in the closet? And that she too played with dolls, loved dressing up and alternately cared for and tormented her younger siblings? Is our chronically ill wife seen as the person who was once the love of our life, the woman who gave birth to our children and had a smile that lit up a room? How do we humanize our loved ones to those who are responsible for their care?

I brought up this issue with one of the “well spouse groups” I was privileged to visit. One of the women whose husband had been in care there for more then 12 years, told me that she too, wanted her husband to be seen as more then a sick, aging man. She wanted everyone who came in contact with him to know he was a father and had once been a passionate and loving husband. She wanted them to know how smart and educated he was. But how could they, since he could no longer speak and did not seem to understand? She took me to his room to meet him and show me what she had done – that she felt made him be seen as who he truly was by everyone who came in contact with him.

Her husband had a private room. It looked like every other nursing home room I had seen. It had a bed, dresser, closet and a TV. The quilt from home was on the bed and a few personal items littered the room. But there was something that made this room very different and very personal.

Beginning at the head of his bed and continuing entirely around the room and ending at the other end of the headboard were pictures of her husband in all the many roles he played before he became ill. The photographs were in chronological order. They began with him as a baby held by his loving and proud parents. There were several photos of him alone.

You could easily see the impish smile as he grew and became a toddler. Then came the awkward school years, with photos showing his awards, school projects and athletic prowess. There was the mandatory bar mitzvah picture that reflected the pride he felt in himself that day. Pictures of his teen years followed – highlighted by the lack of smile and the presence of challenging and defiant looks. High school graduation showed him full of pride as he and his parents held up the many awards he had won.

The college photos came next. They were of him alone as well as with friends. They easily reflected the love of life and fun he so valued. Dating, engagement and wedding photos preceded those of the birth of his three daughters – his love and pride so evident in each photo.

There were photos of awards for teaching excellence and photos with his students. Then came the other photos. There he was, holding a cane and trying to balance his newest daughter at the same time. The family pictures of him in the wheelchair, smiling with everyone but the sadness in everyone’s eyes was pronounced. And so they went on, the most current picture of him, disoriented, with his family was last.

I asked his wife if she thought it made a difference. Did she think it helped others relate to him in a better way? She told me that it was probably one of the best things she had done for him. Not only does he enjoy looking at the pictures, but all his caregivers are curious and ask questions about the photos. They joke with him about what a tough teen he must have been and how they see him as a tough guy now. She’s sure it has helped them see him as not just a patient, but a man who once had many important and prominent roles and much to be joyful for.

She told me that it helps her too. Remembering what they shared helps her focus on the memory that their life was once wonderful and joyful. It helps her relate to him better as a husband. It takes her back so that when she visits, they can talk about the mutual past and not stay stuck in the difficulties, loneliness and separateness of the present.

No matter how dedicated a staff or devoted a family we have, we tend to get stuck in the present. Setting up something like these photos, reminds everyone who comes in contact with the chronically ill, that they are not so different from anyone else. They just need more support at present.

You can contact me at annnovick@hotmail.com or c/o the Jewish Press. 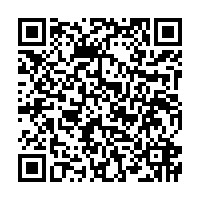