It was a casual question, posed to me by Irene Klass when we met at a Jewish women’s lecture during the fall of 1994.

My mother and Irene were neighbors and, although their backgrounds were very different, (my immigrant mother’s education had been interrupted by the Holocaust while Irene had the advantage of an American upbringing) both women were the same age and the same diminutive height, but giants when it came to their profound devotion to their families and to Israel.

I replied that I had just written and produced a Jewish cooking video.

“You’ll have to write an article telling me all about it.”

The story, “A Taste of Shabbos With Rebbetzin Esther Winner,” complete with photos and a recipe for parve rugelach, received the royal treatment, debuting in The Jewish Press Magazine section.  The article was my entree to the Woman’s Page and marked the beginning of a very productive and rewarding professional, and personal, relationship with Irene Klass.

Irene’s question to me, what’s new, was the essence of what made her so interesting, because she was interested in everything.  She had her finger on the pulse of the Jewish community and so I never knew where a phone call from Irene would lead:  the Brooklyn District Attorney; the newly elected presidents of Emunah and Amit; a rabbi who was formerly a Lutheran minister; or an Orthodox Jewish feminist conference.

When Rabbi Klass was hospitalized in Mt. Sinai he was so impressed by the accommodations, Irene dispatched me to interview the hospital’s President and CEO for an article about the special amenities provided to Orthodox patients.

Dora Zegerman and Irene Klass enjoying each others company at the

When The Jewish Press published the poignant story of my son, the grandson of Holocaust survivors who had just received his medical degree, there was a message waiting for me on my answering machine.  In a voice breaking with emotion Irene said, “some day you will win the Pulitzer.”  This is the kind of heartfelt praise this extraordinarily generous woman was known for.

Her knack for making shidduchim was legendary but it wasn’t limited to couples.  At the height of the Intifada in 2001, Irene introduced me to Molly Resnick, a veteran NBC producer who was writing and speaking about the hate-filled curriculum being taught in Muslim schools.   Most people didn’t comprehend the imminent danger but Irene Klass was not most people and was a strong supporter of the educational organization Molly had founded, MATCKH, Mothers Against Teaching Children to Kill and Hate.

As we worked closely together on articles and a video to inform the public Molly and I forged a strong bond.  A few short months later, when America was attacked on 9/11 The Jewish Press’ warnings about schooling a generation of suicide bombers was finally understood by the mainstream media.

Our most ambitious collaboration was an article on the Yale Five.  Although she didn’t personally know any of the students involved, these were Yiddishe kinder and Irene was deeply offended by Yale University’s new coed dormitory policy which went against Jewish Orthodox practices.  After interviewing the students, the parents, the rabbis and the deans who made the arbitrary decision not to respect the religious needs of the students, The Jewish Press printed my in-depth investigative report that condemned Yale for its hypocrisy in favor of diversity.

Irene Klass was a shomer, constantly keeping a watchful eye on her flock.  May she continue to be a devoted guardian of the Jewish people.

Helen Zegerman Schwimmer is the author of “Like The Stars of The Heavens,” an anthology of articles originally published in The Jewish Press.  To learn more please go to helenschwimmer.com 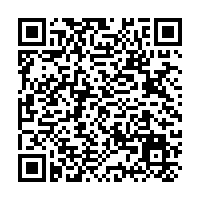