During my 25 years as an editor at The Jewish Press, I accumulated many fond memories of Irene Klass, a”h.

When I started my career at The Jewish Press, I had just become a grandmother of a baby girl. This began a wonderful period of personal and professional changes for me. As a former teacher, where one of my duties as an educator was to teach and advise a staff of aspiring journalists of the school newspaper, I appreciated the chance to work at a real newspaper. Being an editor at a popular Anglo-Jewish weekly newspaper opened new vistas for me. And, as a bonus, I had the pleasure of working for the legendary Irene Klass.

Way ahead of her time, Irene wrote many articles offering advice on subjects like hand washing and the potential damage caused by loud music at smachot. Those issues have finally caught up with today’s generation. Today, the media’s focus on hand washing to prevent illness and avoid spreading disease (along with the frantic use of hand sanitizers), and the danger to one’s hearing from the persistent loudness of bands and electronic music on iPods, is a testament to her forward thinking.

Rabbi Sholom Klass, z”l, andIrene, with theirextraordinary devotion to promoting many important issues affecting the Jewish community, used the influence of The Jewish Press to bring those issues to light – long before there were other Anglo-Jewish publications. Rabbi Klass’s Torah articles brought the light of Torah to The Jewish Press’s readers. I remember how Irene would never go to an event without a batch of the paper’s latest issue.

Both Rabbi Klass and Irene had a great sense of humor, and I remember the many delightful conversations I had with each of them. I enjoyed many phone conversations with Irene on every subject from raising children to editing columns in the Magazine section, from recipes for various favorite foods to the best cure for a cold. When I drew my first illustration for one of the columnist’s stories Irene wanted in the Magazine section, my fate was sealed. From that point forward, there were many opportunities to provide a picture to complement the content of the columns. I looked forward each time to fill any open spaces on the pages with a drawing. And Irene never failed to express her appreciation.

What I remember most, however, is her kindness toward and concern for everyone with whom she came in contact. Her generosity and chesed to anyone who she learned was in need is well known. Rabbi Sholom and Irene Klass instilled this trait in their children, Naomi Klass Mauer and Hindy Greenwald, who continue to emulate their parents’ wonderful example of tzedakah and chesed.

Still ringing in my ears, as I remember conversations we had during which I said something that amused her, is her infectious laugh that would warm anyone who had the privilege of generating such hearty laughter.

Irene Klass will be missed by everyone who knew her. May her entire family be comforted by all the fond remembrances offered, and may her memory be a blessing. 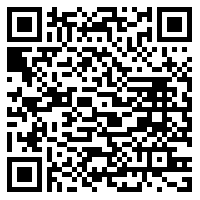