I hate to say it, but I am coming to the conclusion that that if a bocher and a girl actually go on a date – a mazel tov to both sides is warranted. It means that each had successfully passed an intense, all encompassing inspection and scrutiny that would be the envy of any secret government agency. Getting “approved”, and considered worthy to go out with someone, is getting to be a cause for celebration!

It seems that more than ever friends who have kids in the “parshah” have been complaining about how hard it is to get a “yes” -for a first date – even for their sons. It’s not so much that they aren’t getting names or suggestions, it’s just that by the time people “check” – more often than not they are told that the shidduch isn’t “shayach – it’s not appropriate.”

It’s a puzzlement for many and they scratch their heads in wonder because, on the surface, the “couple” is compatible in so many ways. So why the rejection?

After hearing a comment this past Shabbat, while enjoyinglunch with several friends and new acquaintances, I’ve begun to understand how this sad state of affairs has come to pass.

What I heard is that some people, when redd a shidduch with a family they are not familiar with- hire a private detective to get “information.” I’m glad I didn’t have food in my mouth at the time, because I know that my jaw dropped considerably at this news.

Immediately, the image of a bespectacled, heimeshe couple talking to a beefy, hard-nosed detective popped into my mind. I imagined a tichel and robe wearing woman shouting, as the detective walked away with a list of what to check out, ” Make sure you note what brand of gefilte fish she serves, and if she uses silverware or plastic.”

I would have laughed – except I felt too sad. Interestingly, the last time I had simultaneous conflicting feelings was when I had the flu many years ago, and I was hot and chilled at the same time.

Now, I know that this approach is extreme and, as of yet (I hope) still uncommon, but it reflects an elitist mentality and an attitude of ga’avah -extreme arrogance that is disturbing. Instead of letting the couple actually meet and see if each other’s personalities mesh since hashkafah and other basic preliminaries must have been established as being compatible – hence the redding of the shidduch in the first place – there is an unwarranted focus on minor ” flaws.”

In other words, less than perfect is not an option, and as a result, shidduchim are turned down.

Case in point: recently an out of town relative  told me that she had attended a lecture  about the shidduch crisis during which the rav  mentioned how a fine young man from a chashuv, comfortable family was turned down by the girl’s parents – because he had too many siblings. Apparently, the “imperfection” that broke the “deal” was that the future yerushah -inheritance – wouldn’t amount to much as it would be divided into so many portions.

When I heard this, I told myself that no doubt there was a flip side to this and, somewhere out there in the shidduch world, a wonderful bocher wasbeing turned down by a girl’s parents – because he has too few siblings. The other side would have doubts about the family’s “frumkeit” if they only had three or four kids – or wonder – if indeed it was an ehrlich family, if there was a hidden “fertility” problem.

I know of a girl in her mid-twenties, who insisted on being a stay-at-home mother once she married and started a family. She felt it absolutely crucial that she raise her kids and not put them in day care. However, she would not consider going out with a working boy – no matter how much he learned in his spare time. Her parents, who were not in a financial position to support on any meaningful level, also wanted a full-time learner and would turn down any shidduch if he wasn’t. Character, middos, erlichkeit were irrelevant.

A lot of good boys – wise enough to know that they are not cut out for full-time learning – and wanting to be able to support a family on their own – remain single longer than they had anticipated, bewildered and angry at their female counterparts – who refuse to date them.

Likewise, there are many fine girls sitting at home, dateless for months, wondering when the phone will ring. Some may not be “on the list” because their prospective mothers-in-laws do not want a “plump” machatenesta. The girls might be a size two but their mothers – after several children  are not, and their son deserves a wife who will not “spread out” over the years. Never mind that they themselves have.

It’s enough to make you tear your hair out.

So mazel tov on that first date – and if there is a second one – you might want to consider a kiddush. 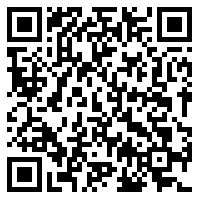