The week-long holiday period that includes Sukkot, Chol Hamoed, Shmini Atzeret and Simchat Torah is almost over, as are all the attendant festivities, celebrations, family gatherings and trips, and of course, all that over-eating and indulging in food and drink. Most of us will happily (or maybe not so happily) go back to being absorbed by our day-to-day routines; for the great majority, life will return to “normal.”

For most of us, the tormenting hunger and thirst – and the heightened and sobering awareness of our fragility, vulnerability and mortality that we experienced on Yom Kippur – are receding memories.

Unfortunately, so too is the fierce resolve that infused our frenetic davening – that we would change for the better; that we would re-examine, shake up and refine the status quo of our attitudes and actions. That given another chance, we would become better Jews and worthier human beings and be deserving of Hashem’s forgiveness and mercy and an inscription in the Book of Life.

Sadly – even predictably – our heart-felt resolutions to improve ourselves in a manner pleasing to God and our passionate internal promise to elevate ourselves physically or spiritually as ovdei Hashem tend to fall by the wayside after a few days or weeks. In this respect we are not so unlike our non-Jewish neighbors, who every January 1 vow that they will change for the better; that they will, for example, stop smoking or start exercising, but find that it is easier to utter this sentiment than to actualize it.

Perhaps we would be more successful in keeping the “promise to upgrade” we so earnestly took upon ourselves (usually while we worriedly immersed ourselves in the U’Netana Tokef prayer) if we focus on a specific takana – correction – instead of just enthusiastically vowing to do teshuvah – but with no direction.

“Oi, Oi, we have to do teshuvah”- the singular refrain one usually hears when there has been heart-wrenching tragedy in the community – has become as “generic” a sentiment as the one we hear on an almost daily basis – “Have a nice day.” That expression is well-meaning – but it has no substance to it. “Nice” doesn’t convey anything concrete – as would for example, the statement, “Hope your train is on time,” or “May your work day be productive.”

Neither does the phrase “doing teshuvah.”

The idea, then, is to actually zero in on an area of your spiritual life where you know you are deficient or lacking, and try to improve it. For some, it can be as simple as slowing down during davening and focusing on what you are saying; or reading the words in a way that you actually understand what you are reading – even if it means praying from a siddur that has English on the facing page.

Resolving to do an act of kindness on a daily basis – such as picking up the phone and brainstorming with a friend to set up single acquaintances or buying a less expensive version of something you want – like a sheitel or outfit and diverting the money saved to tzedakah – is a very doable personal tikkun.

On a personal level, I know that I need to work on being more positive, as opposed to being just “parve” when dealing with people, friend or stranger alike. A classic example of being “parve” is not wishing a good Shabbat to a passerby who obviously is not going to say it to me. I tend to jump to the unsubstantiated conclusion that this person is a snob; that based on a quick glance, I have been assessed as being someone who isn’t “chashuv” enough to warrant a greeting. And so I ignore them as well. In my mind, what comes around goes around. If I do not exist, then you don’t either.

This Yom Kippur however, after reading of the many calamities and misfortunes that can be visited on every individual, as well as the klal, I realized that I was guilty of also “assessing someone based on a quick glance,” and making a hasty judgment. Perhaps the person who acts as if I am invisible is herself feeling invisible – perhaps she feels unworthy of being greeted; perhaps her self-confidence and her ability to be friendly has been whittled away by the heavy burdens her life has accumulated. Perhaps she is so preoccupied with something huge going on in her life – a simcha or sadly a misfortune – that she looks at me but does not see me.

And then again, perhaps she is a snob.

But that is her problem – and I should not let negativity make me parve. Therefore, I hope to fight my own inclination to look away, and instead offer a “hello/gut Shabbos” greeting.

That will be a gift to her – and to whomever else I encounter who is feeling negative. A positive remark is like a sip of water when someone is parched. It rejuvenates. Think of how you felt when the fast ended and you drank a cup of cold water or juice. As those first few drops flowed down your throat, you felt the cold wetness suffusing your entire body and you immediately felt revived.

A compliment, a comment of praise – even a simple hello – permeates the recipient’s soul, flooding it with a sense of well-being or even hope. And the giver feels elevated as well. A kind word is mutually uplifting.

Have a good Shabbos! 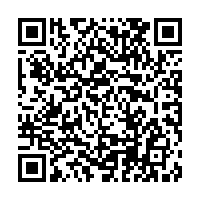