As much as we may scratch our heads in disbelief, the fact is summer is ending, (and with it hopefully, the heat). For Jews everywhere, this means that we are approaching the days in the Jewish calendar during which we take time out from the familiar flow of our daily lives to think about the things we would rather not think about, like illness, misfortune and death.

The Days of Awe are looming before us and soon the Heavenly Court will evaluate our deeds – and misdeeds – and judge us. The outcome of this reckoning, and whether it will be tempered by mercy – or not – will determine the course of our lives for the coming year. We do not know if we will be granted a relatively benign year, with no major blows to our well-being or peace of mind, or one fraught with woe, worry and grief. We can only pray for relief.

There is no way of guessing what the ultimate verdict from Shamayim will be – no matter how hard we try to assess what we did or did not do as human beings, and Jews, to make us deserving of what is in store for us. It doesn’t matter what conclusion we glean from our personal introspections and our observations of others.

Because that is not how it plays out.

Any Jew who does not live totally isolated and cut off from all communication is painfully aware that this past year, as in previous years, wonderful, Torahdik men and women who are erlich and sincere in their practice of Yiddishkeit, have suffered horrific tragedies and losses.

Conversely, there are people, who, based on their twisted outlooks and diabolical actions, can only be viewed as vile, rotten creatures- yet they appear to have everything going their way, blessed with seemingly endless good fortune, success and well-being.

To us mere mortals, these undeserved “rewards” and “punishments” (that is how we interpret good and bad occurrences) do not make any sense and this reality frustrates us – at times, even infuriates us. It is a testament to our faith and bitachon that we collectively accept Hashem’s will, no matter if what we witness is “totally unfair” according to our human way of seeing things.

The fact is, we have no true understanding of, nor control over our future, no matter if we do the “right” things – or not. There are people, for example, who exercised diligently and ate sparingly, yet they died relatively young of heart attacks or cancer, while others who ate, drank and smoked excessively are alive and well into their 90’s.

It is all in Hashem’s hands and if something terrible happens to someone we deem a tzaddik – so much so that we reel in shock that this amazing person was given such an unbelievable gezara, we still acknowledge our limitations and cluelessness by proclaiming that G-d is the judge of Truth.

However, there is something that is in our control, something that we have the power to influence – and that is the amount we willfully add to a person’s stress and distress or how much we soften or alleviate it.

The indisputable fact is – no one’s life is perfect. No one lives his/her life untouched by some degree of sadness or difficulty or loss. What makes someone a person to envy – or pity – is how typical or common his”pekel” is, i.e. like being fired from a good job (happens to many people) as opposed to a house burning down (relatively rare). What ultimately happens to a good or evil person depends on G-d’s plan for him. We have no input in this – no matter how puzzling it is to us, or how much we scream “why???”

But we can control our actions and the impact they will have on the “travelers” who share our road in our life’s journey. Aware as we are that the road is full of unforeseen bumps, detours and potholes – and for some, dead ends – we should make an effort to ease each other’s “road trip” to the best of our ability. We can do this simple by treating friend and stranger alike with respect and kindness, and refrain from demeaning or mocking someone because you believe that he or she is “less” than you. If you are married, don’t boast about your spouse to someone who is single. If you are blessed with children, don’t brag about how cute they are to a couple who obviously have fertility issues. If you have a lot of money, don’t broadcast your new, costly acquisitions to someone who is struggling financially. Do not denigrate someone’s religious observance because you perceive yours is on a “higher” level. Do not make fun of someone’s less-than-perfect physical appearance.

People must get into the habit of being thoughtful and sensitive when dealing with other human beings and internalize what the great sage, Hillel declared – that Torah revolves around not treating someone in a way you would hate being treated.

This Rosh Hashanah, commit to being considerate, polite, patient, open-minded and supportive. Make an effort to build a person up (young and old alike) with praise and encouragement, instead of minimizing them by being sarcastic, mocking, derisive or cynical.

Sometimes, a kind word will make the difference in a person’s ability to cope with the lot in life that Hashem has determined for him/her.

We cannot fathom Hashem’s ways. Even trying to is futile and may border on arrogance. We are helpless before His Will. However, it is in our power to make someone’s reality slightly more tolerable and pleasant. Or we can make a burdened life even heavier and more grinding. It is a G-d -given freedom of choice that we should utilize with great thought and consideration.

May it be Hashem’s will that Klal Yisrael, individually and collectively, receive a judgment we can all literally live with. 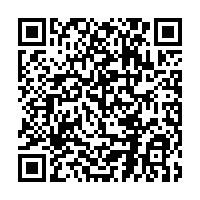