This Purim, I marked my 12th “non-yahrzeit,” when Hashem mercifully decreed I should continue living, and prevented a car speeding backwards, from killing me.

Despite having thyroid cancer years ago in 1993, and a recurrence 10 years later, this was the closest I have ever been to dying or suffering life-altering injuries.


That afternoon, I had left my nephew’s sheva brachot/Purim seudah, in Flatbush, and was walking to my machatunim, a few blocks away, as my son and his family were visiting there.

I was standing at a stop sign, waiting for two cars to go up the street, so I could cross to the other side. I proceeded to do so. However, apparently, the second car’s driver decided he didn’t want to continue in the direction he was going in, and reversed. I imagine that likely his foot was on the gas to quickly rectify his mistake, and he speedily drove backwards right into the intersection. Where I was.

I maybe yelled, but otherwise was frozen. Perhaps he noticed me in his mirror, and slammed on the brakes, I was too dazed to notice how close he came to hitting me, but the shocked and horrified look on a man standing on the other side, told me that it was mere inches.

Covid-19 has been portrayed as a malach hamavet by many in the medical world, and especially by the media.

Because of the intense terror and fear generated, schools and places of worship, weddings and funerals, entertainment venues, restaurants and small businesses have been shut down, to various degrees, off and on throughout the year. Currently, in Toronto, small businesses remain closed (although by the time you read this, they may be allowed to open with restrictions). This has caused extreme physical and emotional stress, aggravation, and severe loss of income.

Some health officials have told parents that if their child has a classmate who tested positive, their child must be put into isolation for 14 days with no physical contact with the rest of the family. A friend who has Facebook, told me of mothers sharing how bad they feel because their eight-year-old is locked in his room and pounding the door; another mentioned her son crying non-stop while locked in the basement.

The rationale behind all this is for “our own safety.” (Actually there are dissenting opinions by health experts globally, especially now, a year later, but it’s not that simple to uproot yourself and go to a less hysterical jurisdiction.)

If then, community wellbeing is indeed the reason for these very restrictive measures, why haven’t the public health officials banned driving?

Every morning, when b”H, I wake up, I turn on the radio and listen to the traffic report. Every single day, the traffic reporters in their helicopters point out car accidents both on the major highways, and on city streets, and advise alternate routes. In the serious cases where there are multi-vehicle crashes with major injuries or deaths, roads or highways could be shut down for most of the day while police investigate the cause.

Almost daily, there is a report of a pedestrian being hit by a car while crossing, or even while standing on the sidewalk, due to a loss of control by an impaired, distracted or speeding driver. Wherever there are cars anywhere in the world, there are accidents.

I know that in Ontario, as was mentioned on the radio today, 3,745 people in long term care died of Covid-19. It’s safe to assume most were “senior” seniors in very frail health. A report by the Canadian Transportation Safety Board in 2017, said that in Canada, (population of about 38 million – with almost half living in Ontario) there are about 160,000 car accidents each year, with almost 3,000 fatalities.

Based on those statistics. I would say that cars are more dangerous than Covid-19. While the elderly and those with serious health issues like obesity, heart disease, cancer, and diabetes make up the majority of Covid-19 deaths, car crashes kill healthy men, women and children.

And just like people who won’t follow public health rules to suppress the spread of Covid-19, like wearing masks, and not gathering in large groups, are a danger to the public, so too are the irresponsible drivers who speed, and zoom through red lights and stop signs and school zones.

It’s important to be consistent in terms of keeping citizens safe. If schools, houses of worship and mom and pop shops are shut down – for the greater good – so too should cars be shut down. In addition, how much healthier would the population be if residents had to walk or bike, or roller blade to where they need to go. For longer distances, there is public transportation like buses and trains.

And just like there are businesses deemed essential by the government, such as grocery stores and pharmacies, and especially liquor outlets, there could be government licensed taxi services, who will ensure thoroughly vetted, expert drivers who could safely transport people to locations not accessible by public transportation.

The powers that be, who put us in these extended lockdowns, because THEY KNOW what’s best for us regular folk who might make bad choices, should be consistent in looking out for our best interests – and ban cars. 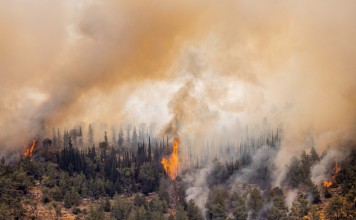 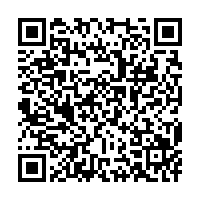