A new policy paper by the Reut Institute, commissioned by the Julis Foundation for Multi-Disciplinary Thinking, suggests that a new strain of anti-Semitism is arising within the contemporary progressive discourse. A phenomenon Reut calls “erasive anti-Semitism,” refers to the largely unintended consequence of contemporary progressive discourse, which de-facto negates the rights of Jews individually or collectively to define their own identity, experience, and vulnerability (Erasive Anti-Semitism – A New Threat Arising Within Contemporary Progressive Discourse – Policy Paper – Version A).

Daphna Kaufman, the leading author of the document explains: “Erasive anti-Semitism stems from a conceptual mismatch that fails to capture the historic and lived Jewish experience. Dominant conceptual categories that form bases of progressive worldviews, expressed in prevalent in terminology, guides how societal groups, including Jews, are viewed. Dominant categorizations in this context center on class-based and skin color-based designations, as well as a categorical division between defenders of the status quo versus promoters of a radical upending thereof. Jews, therefore, are cast uniformly as powerful white oppressors.”


The paper asserts that those purposefully advancing anti-Jewish and anti-Israel agendas by exploiting progressive paradigms constitute a marginal fringe. Eran Shayshon, CEO of Reut says “that unlike ‘classic’ anti-Semitism, this sort of discrimination is not necessarily the result of hatred, but rather, it is a ‘residual’ result of current progressive discourse.” Further indicates that contrary to common forms of discrimination, this strain does not rely on singling Jews out, ethnically or otherwise, as distinct categories. Rather, it indiscriminately lumps them within the dominant majorities it delineates. This effectively creates an erasure, diminishing the Jewish voice in defining Jewish identity.

Jewish communities worldwide are increasingly attuned in recent years to challenges that emanate from progressive movements; in the past decade, anti-Zionist campaigns and the BDS movement have attracted the lion’s share of attention. However, according to Shayshon ” this emerging form of “erasive anti-Semitism has failed to garner widespread outrage from society-at-large or to generate a cohesive and united front of Jewish communities that stand against it.“

Efforts to understand and contain the threat erasive anti-Semitism poses to the positioning of pro-Israel and Jewish communities on the political left, to the cohesion and the political efficacy of the Jewish community, and thus also to Israel’s bi-partisan status, remain piecemeal and lack a coherent conceptual grounding. Kaufman suggests that “The challenge of the Jewish community is to reach a broadly consensual definition on what constitutes ‘erasive anti-Semitism.’ This is particularly critical in order to build a wide Jewish tent against it. Progressive Jewish communities on the front lines of this issue are natural leaders of such an effort.” 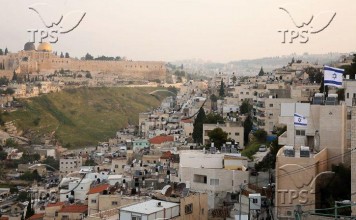 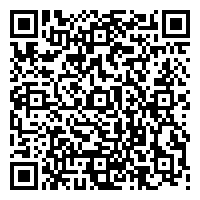