How does one define hashgacha pratis? I believe it is being in the right place at the right time – because Hashem has a plan.

I want to share three examples of hashgacha pratis – one that made me happy, the other saved me from extreme aggravation, and the third likely saved me from drowning.


I shop at a second-hand clothing store for frum women located in a private home. Yet Balabuste is more than a business – for its focus is on women’s physical, spiritual and mental health. Balabuste recently hosted a rosh chodesh celebration that featured a rebbetzin and a nutritionist after the ladies happily shopped.

One time I needed to come back with an insole as I wanted to buy a pair of shoes but one shoe fit bigger than the other and my foot was slipping out. Since my parents had a shoe store, I knew that left and right feet aren’t necessary identical in size. Curiously though, on this return visit, the insole proved too tight. The shoe fit without it.

I happily bought the high-end designer shoes that were barely worn for, a tiny fraction of the typical price. A super bargain, since the shoes were very comfortable, besides being pretty.

As I was paying, I noticed a woman who had come out from the changing room wearing a lovely, likely a one-of-a-kind dress that I hadn’t noticed earlier. She wasn’t sure she was going to buy it, as the sleeves were too long but perhaps she could shorten them.

I left happy with my purchase, but a bit annoyed that I hadn’t seen the dress earlier.

A day or two later, I was coming out of a supermarket and on the sidewalk was a stranger who looked familiar. I realized it was the customer who had tried on the dress.

I asked her if she had bought it. She hadn’t. I put in a call and went to the house where the dress was waiting for me on the porch as Balabuste was closed. I tried it at home. The sleeves were too long but I folded the cuffs backwards and that took care of the problem.

I ended up wearing the dress to an out-of-town graduation, on Shavuot, a bat mitzvah and a wedding all in the month of June. And the compliments were many at all the venues.

The odds of me bumping into this stranger whom I had never met previously, or since, were extremely low except that Hashem had engineered this scenario.

Speaking of enjoying out-of-country simchas, my second experience with hashgacha pratis revolves around my passport. Five years ago, Canada was for the first time offering a ten-year passport – but of course it was more expensive. I hesitated. I didn’t want to “tempt fate” by buying a ten-year passport and not getting to fully use it due to sickness or worse. I could get the five-year one, and simply renew it.

While I waited, I chatted with an elderly man who was in his 80’s and an artist who traveled the world to paint at exotic locales. He was going to get a ten-year passport! What bitachon he had, that he would be alive and well to pursue his hobby.

I was a bit ashamed of my lack of faith and bought the ten-year one. (Ironically, I was diagnosed with my 3rd cancer just months later, but have happily used my passport past the five-year mark! [I wrote about my experience with multiple myeloma in The Jewish Press in three columns – Part 1 came out September 2018.]

Had I bought a five-year passport, which would have expired a few months ago, I would have been part of the hordes of frustrated and stressed out people, who due to Covid restrictions finally being removed, were eager to renew their passport and travel. I would have had to wait hours in line just to submit my application, and wait months to actually obtain it. I have friends who are in that situation. They missed out on so much during Covid and continue to miss out. Hashem was watching over me.

Hashgacha pratis likely saved my life when many years ago, I attended a Shabbaton in Long Beach, New York. It was about 5:00 p.m. – Shabbat was a few hours away and it was a hot July day. I decided I’d go swimming in the ocean. As I walked past the lifeguard station, I overheard him tell someone that if the receding tide pulls you away from the shore as you’re trying to get out of the water, to swim diagonally. I had never heard this before. I was a strong swimmer and never thought I’d have any problem in the water.

Since it was past 5:00 p.m., the lifeguard and almost everyone had left the beach. After a while, I was tired and decided to go back to the hotel and get ready for Shabbat. As I swam towards the beach, outgoing waves returning to the ocean kept pushing me backwards. I was not getting closer to the shore, but in fact was being pushed further out. I recalled what I had “accidentally” heard because I was in the right place at the right time. Swim diagonally to the shore. It worked. Exhausted, I exited the water intact.

I think about this miracle often when I swim, and I wonder what my fate would have been if I hadn’t overheard the lifeguard’s advice. But I know it wasn’t “just a coincidence.” Hashem had a plan. 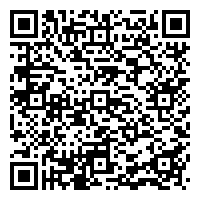