The menorahs have been put away in the cabinets; the scale groans with the added weight of the delectable sufganiyot and latkes that were devoured; and people are starting to formulate their Pesach plans (so soon already!).

When asked what kind of message they get out of Chanukah, many will say that the holiday represents the successful fight against forced or willful assimilation that has threatened the viability of Jewish people for thousands of years – both in the land of Israel and in the many countries Jews have found themselves in.

But there is another very telling and inspiring message behind the Chanukah story: And that is about having the courage and the gumption and the grit to try and beat the odds, no matter how unlikely your success. It is about being all too aware that what you are trying to achieve is at best a very, very long shot – but nonetheless facing the challenge straight on and making the effort.

There are many aspects of our lives that we would like to change or improve but seem unreachable. And based on the facts on the ground, attaining these goals are highly improbable. For some, it may be increasing one’s parnassa by getting out of your comfort zone and venturing out on your own, or going back to school at a late age. For some the challenge is having a baby and enduring great expense and repeated disappointments but still continuing treatments, or trying to get married despite a handicap or bad health. For others, it is overcoming an overwhelming legal or medical issue.

Often, a person is discouraged from “giving it a shot” based on “expert” advice, or talked out of it by family and friends who truly believe that the person’s particular aspiration is designed for failure.

Sadly, those who should be supportive and encouraging may be pessimistic by nature or have their own agenda for not wanting the individual to succeed. I remember years ago telling someone who I thought had my best interests at heart that I was going to enter a national magazine’s writing contest. I was told not to bother or waste my time since there was no way I was going to win. Being young, I allowed myself to be influenced by this negative response and didn’t even bother trying.

But as my mother, a”h, a survivor of the Shoah used to say, “Where there’s life, there is hope.” Your particular goal might statistically be out of reach – and might end up actually being unattainable – but at the end of the day, even if you don’t succeed, at least you know you tried.

Chanukah is the story of an ordinary family and their ordinary friends who decided to go ahead and try to change the existing state of affairs – being religiously suppressed by a foreign dictator in their own country – despite insurmountable odds.

Had they listened to what common sense would have dictated, “Seriously, how will a ragtag bunch of farmers/shepherds/priests beat the invincible Greek Army?”Tthey would have not even attempted to change the status quo and who knows what would have been the future of the Jewish people.

The United States of America came into being because a group of men who decided to right what they considered a grievous wrong did not let the seemingly impossible odds against them to stop them from moving forward. They took on the British Empire and the rest is history.

Something I read decades ago made a very deep impression on me – it was, of all things, a death notice of a man who, after being given six months to live, had passed away almost 18 years later. The obituary even mentioned that he had actually outlived several of the doctors under whose care he was.

I imagine that had he listened to the medical opinion he was given – which no doubt was based on his doctors’ collective expertise and experience – he would have indeed died within the year. This man took it on himself to beat the statistics that were against him, to stand up to the “facts” that sentenced him to death.

He probably fought to live one day, one week, one month at a time until his survival became years. No doubt he had setbacks – but he continued his fight. He was determined to do the impossible – and continue to live.

And that is the crucial lesson that Chanukah gifts us with. Despite the “indisputable facts,” despite the hardships, despite-statistically, the very real likelihood that you will fail- you owe it to yourself to give it your best shot – over and over again if possible.

After all, in spite of the laws of physics, the one-day-only supply of oil lasted for eight. Miracles happen. Childless couples have babies after years, even decades, of being infertile; people turn around their financial situations; people finally right a wrong.

It is true that many do not beat the incredible odds against them and they do fail. That outcome was decreed by Hashem. He ultimately controls everything that happens in the world He created.

But at least they tried. Like Mattityahu and his men, they stared failure in the face and they still went ahead. And that is the true measure of a successful life. 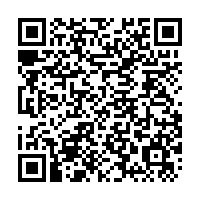