I have been to many singles get-togethers over the years, and have noticed an unfortunate tendency by both men and women to give members of the opposite gender a quick glance over. Each is then given the label of being a “loser,” “winner” (one worth making the effort to meet), and those who are “OK, but not really my type; so why waste my time and energy?”

People are looking for their idea of perfection – and they want it pre-packaged and ready to go. It doesn’t occur to most to look beyond the initial assessment and find out if their first impression was indeed accurate, or if they were too quick to judge and there actually is more than meets the eye.


In a column I wrote years ago, I reflected on how Akiva (the unlearned, “blue-collar” shepherd, who after marrying Rachel, his wealthy employer’s daughter, evolved into the legendary great sage Rabbi Akiva) would have been viewed by women at a singles weekend. I would like to again revisit this imaginary place, this time through a conversation between the astute and open-eyed Rachel and her friend “Miri.”

Rachel is arguably a JJP (Judean Jewish Princess). Her father is a prominent macher in the community and very wealthy. He is a chashuva ba’al habayit, due to being rich in land and livestock. His daughter is the apple of his eye, and lacks for nothing.

When Rachel walks into the dining room at a singles Shabbaton, all eyes follow her, with the men silently rehearsing their best pick-up lines and the other women mentally taking note of her stylish sandals from Rome and her tailored robe.

Also watching her is Akiva. He works for Rachel’s father, watching over his sheep. Their eyes meet and she smiles at him. Her friend, Miri, notices this exchange and, wide-eyed with shock, drags Rachel to the bathroom. While smoothing the red henna on her cheeks, Miri berates her friend.

Miri: I can’t believe you actually smiled at that loser, Akiva.

Rachel: Miri, he’s a nice guy. I bumped into him a few times in the field when I was picking flowers. He’s always too shy to initiate conversation, so I do – and I really enjoy talking to him. He’s quiet, almost to the point of being invisible, but there’s a strength and passion about him simmering below the surface. There is something so noble about him. He

Miri: Are you nuts? He is sooo not for you. He’s a nobody. He’s poor, he’s illiterate, and he’s barely frum. And he smells like a goat! Did you notice he kind of stood off by himself? Nobody wants to go near him.

Rachel: Miri, I’ve seen him with my dad’s flocks. He’s really conscientious. He doesn’t nap while the sheep are grazing, like some of the other shepherds. And he’s very caring. I heard he carried a sick lamb for three miles back to the barn. If he’s so gentle to an animal, I imagine he would treat his wife just as kindly.

Miri: Rachel, I can’t believe what I am hearing. So he’s a nice guy – but he’s also an am ha’aretz from a loser family. Why is he even in the picture? From what I can see, most of the guys here are nothing to write home about, but there are a few “potentials.” Sarit pointed out this great guy she was set up with. Name’s Yudi. They went out twice but he ended it. She’s here trying to get him to change his mind. She told me he’s a talmid chacham and on the fast track to getting considered for the Sanhedrin. And he’s big yichus – a descendant of David HaMelech on his mother’s side.

Rachel: I know him. He drives his chariot through the streets like a madman. He almost ran over my handmaiden in the marketplace last year. Only someone who is full of himself would act like he owns the road. I’m not interested. But if you think he’s so cool, why don’t you talk to him?

Miri: Sarit told me that his family wants a girl with a dowry of at least three orange groves, a vineyard and 10 camels. My family is not in that league. But yours is. You should try to sit next to him when we eat.

Rachel: Miri, at dinner I’m going to invite Akiva to sit next to me.

Miri: I can’t believe I’m hearing this. The guy is 40 years old. He’s a relic, an old bachelor who wouldn’t know the right end of a siddur. My three-year-old nephew knows more aleph-beis than he does.

Rachel: There’s something there deep inside him

Miri: And you have taken it upon yourself to dig it out of him? Are you a human shovel?

Rachel: Miri, maybe the so-called “losers” are actually winners waiting for someone to believe in them and give them the support and motivation they need to achieve their potential.

Miri: What are you talking about, Rachel? Akiva is a nobody – and will always be a nobody. You can’t change a person.

Rachel: Miri, you’re right, you can’t change a person. But you can help him or her bring out who they trulyare. Sometimes life throws a person some early curveballs that prevents what’s there from emerging. What if Akiva was born into Yudi’s family with all the perks? By the way, Yudi won’t change. He is what you see – arrogant and self-centered. I wouldn’t go near him – even if he is kind of cute.

Miri: Rachel, think about it. Your dad is going to have a hissy fit if he hears you hung out with Akiva. He’s his employee – a shepherd. If he at least was on your father’s payroll as a veterinarian, then maybe he’d be more open to it. But at the end of the day, Akiva is just an unwashed ignoramus.

Rachel: Yes, at the end of this day – but maybe not at the end of a later day. I sense there’s so much more to Akiva then what he presents. I just want to get to know him better, that’s all. What’s the big deal?

As we know, it became a very big deal. Rachel’s decision to see beyond the man Akiva was in his current version and to what he could be in the future resulted in am Yisrael being blessed with one of the greatest rabbinic leaders of all time.

Rabbi Akiva, the gadol hador, was not handed to Rachel on a silver platter; he did not come ready made. He evolved over time, nurtured by her unwavering belief in him, her steadfast support, and her willingness to sacrifice and put his needs first.

Sometimes, the perfect mate people are looking for does not exist pre-marriage. They are invisible “works of art” that emerge from their obscure canvas only after being partnered with a loving “painter.”

Akiva, the so-called loser, could not become the ultimate “winner” that he became – until he got married. It behooves every person looking for his or her true zivug to think twice before rejecting who he or she quickly assessed as being a “loser” – and to make the effort to get to know them.

You may be very pleasantly surprised by what you discover. 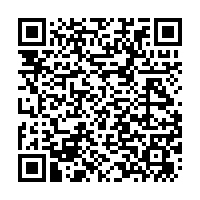