The charedi world was hit very hard by the coronavirus, with many families devastated by the unfathomable loss of a parent, a sibling, a rabbi, a community leader, close friends and even strangers. Many ask why, how did this happen to good people who should have had a long life, because they were honest and meticulous in observing the mitzvot between Hashem and between mankind. The most honest answer – is that we don’t know. We can only deeply dig into our reserves of faith.

However, we have, as a community been rather lax in one mitzvah, and that is to be very vigilant in watching over our neshama, which we understand, is to do everything we can to ensure our wellbeing and lives.


We have been lax in fulfilling this obligation to take great measures to maximize our health.

We tend to eat too much; smoke, and under exercise. For some, the only significant movement they do is walk to shul and back – but only because driving is forbidden on Shabbat.

I have read many articles in both the secular and frum media that have linked complications or mortality from Covid-19 to underlying health issues such as high blood pressure, diabetes, heart disease and damaged lungs.

According to a recent study of the Journal of the American Medical Association (JAMA), 94% of 5700 hospitalized Covid-19 patients within the Northwell Health system had one or more of these conditions.

We have known for decades that smoking is deadly, and can ruin lungs and lead to lung cancer and other diseases. Warnings are mandatory on every pack of cigarettes stating the harm smoking can do.

Yet why hasn’t smoking been declared forbidden, by the gadolei hador? Isn’t smoking considered to a sin, like eating lobster or pork?

We are extolled to watch over our bodies – yet smoking is still kosher? There has been so much zeal put into checking for bugs in our fruits and vegetables – where is this passion to stop people from smoking?

Ironically, healthy vegetables and fruits like broccoli and strawberries are often missing on our tables, due to the expense of buying pre-checked produce for our large families, or too labor intensive for the working wife and mother – yet according to an article I read, eating fresh produce can help lower the risk of complications of the virus.

Years ago, a young relative of mine, who is a happily married mother, was rebuked by a schadchan for refusing to go out with a “ good boy” with great qualities – because he smoked. “Why do you begrudge him an outlet for the stress and pressure he has in his life? This is how he relaxes.”

What’s wrong with getting rid of stress with a pickup game of basketball with his chavrusa? Or a jog in a park. Somehow exercise in some circles is considered bitul zman. I clearly remember a story I was told years ago by a Jewish Press colleague, who was a Shabbat guest in a home near a shore. After lunch, the son, who was a young teen, asked if he could take a walk on the beach. His mother said that it was bitul Torah, and he should learn instead. The chubby boy, on his way no doubt to becoming an obese adult, helped himself to a large slice of cake and disappeared into his room.

Actually, exercise enhances one’s focus and concentration. Why don’t the yeshivas and girls’ schools have more recess or gym? The students would be more alert and relaxed and better able to absorb and retain what they are taught. In addition, exercise boosts the immune system, and strengthens the heart – which is a muscle, and enhances the lung function.

Years ago I wrote of a conversation that I heard third hand, and I’m sure the situation is unfortunately the same, or worse.

An orthodox pediatric endocrinologist was walking home from shul with a colleague, a pediatric orthopedic surgeon, who shared that he had gone to a class of boys who were 9-10 years old. He asked how many had broken a limb from a fall or by tripping. The majority raised their hand. He commented that while he was growing up, kids would fall, and maybe be bruised, but would bounce back up and continue playing. Kids now had weaker, more brittle bones, that he attributed to lack of exercise and vitamin D and calcium. Kids left for school, while still dark, and came home late – six days a week and got little sun. They also had fewer dairy products because of the wait between meat and milk.

The endocrinologist mentioned that many of the frum youngsters he was seeing were overweight, and on a trajectory to being diabetic as they reached adulthood.

It’s time to reassess our sedentary lifestyle, for example, the traditional eating of fatty chulent, brisket and sugar and salt laden kugels for Shabbos lunch, in addition to kiddush in shul – and then taking a three hour nap. It’s time to be stricter in eating healthier foods, and while there are many doing so, many are not, leading to compromised health down the road.

We need a proclamation issued, banning smoking, for those who haven’t started, and with some tolerance for those who tragically are addicted. The schools should incorporate more exercise and sports into their curriculum and teach nutrition. There are no guarantees; healthy athletes get cancer or succumb to viruses, but we must practice what we have been divinely commanded to do “Venishamartem m’od al nafshechem.” You Must Guard Your Soul. 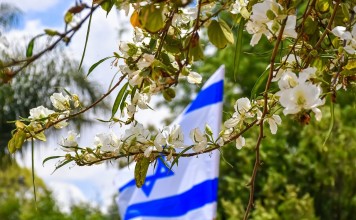 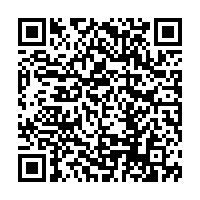