Of our three Shalosh Regalim, holy festivals, I have always considered Shavuot the most “user-friendly.” There is no shlepping food and dishes outdoors for eight days, often at the mercy of the elements, ranging from freezing temperatures (in the North) or energy-sapping heat and humidity (in the South). I have been in sukkot where heaters barely dispelled the shivering cold or where fans and even air-conditioning hardly made a dent in banishing stifling air – or blowing away the busy bees buzzing around the honey-dipped challah.

Pesach, of course, in terms of ease of preparing is in a league of its own.

Shavuot, however, merely involves showcasing flowers and greenery all over the house (as kids we would tape bright-faced dandelions and other foliage onto the walls) adding fragrance and color to the festivities.

Besides being easy on the body, Shavuot is soul-enhancing for it is the anniversary of Matan Torah – when all of Bnei Yisrael accepted and embraced the G-d-given blueprint on how to best conduct our lives so that we, as well as those who cross our path, would mutually grow closer to reaching our potential.

The Torah is all about treating every living thing, both human and animal, with compassion – in essence, dealing with everyone the way we ourselves would want to be dealt with. If I were an ox, for example, I would want to be fed and watered in a timely manner after pulling a plow all day.

Torah is about mindfulness, leading to respect and chesed.

However, since as human beings we have not yet evolved to this very lofty madrega, we sometimes need a reminder to be “nice” to everybody – especially those on the fringe. Megillat Rut, the book that we read on Shavuot, reminds us of our holy mandate to be considerate, aware and proactive to those who need our focus most – the poor, the vulnerable, the unconnected.

In Megillat Rut, there are two very telling statements in terms of the message the Torah is conveying. The first is, “And when she [Rut] had risen up to glean, Boaz commanded his young men, saying: ‘Let her glean even among the sheaves, and put her not to shame’” (2:15).

Earlier (2:10), Boaz tells his workers to drop some of the wheat they reap so Rut can gather it: “…leave it, and let her glean; and rebuke her not.” In verse 9, Boaz had approached Rut and told her, “Let your eyes be on the field that they do reap, and go you after them; have I not charged the young men that they shall not touch you?”

Boaz obviously finds it necessary to reassure Rut that no one will hassle or bully her while she is gleaning wheat, and twice he admonishes his field hands not to rebuke or shame her and make her feel threatened in any way.

Why was this necessary? After all, it seems like Boaz’s workers were G-d-fearing men. In an earlier verse we read, “and behold, Boaz came from Bethlehem, and said unto the reapers: ‘The Lord be with you.’ And they answered him: ‘The Lord bless you.’”

It is reasonable to assume that the men were aware of the Torah commandment of letting the poor pick up the stalks of wheat that would fall from the sheaves that were reaped (Vayikra 19: 9). Why would they shame anyone? And why would Boaz take the extra step of approaching Rut to reassure her that she would be left alone? It was, after all, her first day – it’s not like there was a previous history of harassment that induced him to say something. 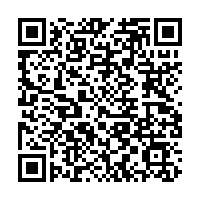