The following short story is fictional. However, many of you will surely nod your heads in agreement as you recognize people you know – perhaps yourself – in the characters I have described. I hope in future articles, to touch on what I believe are the various psychological factors that contribute to the shidduch crisis.

Mrs. Bredin glanced worriedly at her watch. Her Leahleh had left on a shidduch date at 6:00 p.m. and it was now 9:30 p.m. The hour itself was not what concerned her. After all, Leah was 28, had a thriving dental practice and took her Yiddishkeit to heart. By all standards, 9:30 p.m. was a respectable hour to still be out with a potential mate – and that was the source of Mrs. Bredin’s concern.

Mrs. Bredin felt her blood pressure rising with each passing moment. Surely a girl as smart as her daughter would have found a way to end her date well into the second hour – thereby tactfully terminating what Mrs. Bredin considered a gross mismatch.

Could it be that Leah did not see this boy was not in her league?

Mrs. Bredin shuddered at the folly of youth. It would not be the first time Leahle liked a totally unsuitable boy.

In fact, in the five years her daughter had been dating – Mrs. Bredin had insisted she finish her schooling first – Leah had wanted to continue seeing numerous boys with whom she “clicked,” much to her mother’s despair. While all these young men had been from suitable families, and were thoroughly examined, inspected, scrutinized and investigated – each had what she considered an irreconcilable flaw.

To pass the time while she waited, Mrs. Bredin went over them in her mind: There was Chesky, taakeh a nice boy, a dental school classmate whose parents were from the same town as her late husband. (His untimely death had left her a young widow with an 11-year-old daughter and twin sons of 15. After the shiva, the boys returned to their out of town yeshiva, then married and moved near their wives families. Thank G-d for her Leahle, how empty her life would be without her.)

She turned her thoughts back to Chesky. He would have been a good catch – except he was short. Wearing his hat, he was just a couple inches taller than Leah, who didn’t exactly qualify as a basketball player herself.

Then there was Duvid, the internist. He had real potential, but his family did not eat gebrokts. Why should Leah complicate her life with such a difficult minhag? Pesach might be only a week, but it could feel like a year with that added restriction. And why make it more difficult to eat by her brothers?

And, how could she not insist Leah reject Berel, a brilliant lawyer who also had yadin yadin smicha.

He was tall, but he also had a double chin and a paunch that made Humpty Dumpty seem scrawny. Mrs Bredin would have been embarrassed for such a grobe yingel to be her daughter’s husband even though he was a talmid chacham and worked at a prestigious law firm.

When Leah had come home from her date bubbling with enthusiasm over Berel’s witty and insightful conversation, Mrs. Bredin had cut her short.

“Don’t even think about it, Leah, he is not for you. As soon as you left I called Mrs. Weinstock and let her know how insulted I was that she could even suggest such a boy for you. She had told me he was a bit chubby, but I never imagined he would be so big.”

“Ma,” Leah had exclaimed with exasperation. “He isn’t so heavy, you always exaggerate. He just needs to lose a few pounds. All that studying he did over the years – eating late night snacks to keep up his energy…. If he was married and had home cooked meals waiting for him, I’m sure the weight would come right off. I really enjoyed talking to him. He is such a mentsch.”

But Mrs. Bredin had been firm in her resolve that her daughter get the best – she deserved it. And as much as she wanted Yiddishe nachas, Mrs. Bredin was not willing to “settle” for anything less. 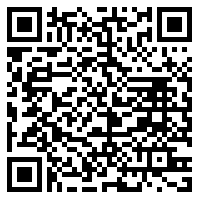