I recently attended a fundraiser with a friend, and sat at a table with younger, very friendly women. Most were working, had graduated college and all were married to post-graduate professionals who were doing well financially in their established careers. These women were mothers of children ranging from preschool age through high school.

As is typical when women get together, they talked about their kids, sharing information about day care, car pools, uniforms, camp, etc.


The topic quickly turned to tuition, and the discussion got animated. Our new acquaintances and their spouses likely were earning over $200,000 a year, yet they barely managed to pay all their living expenses because of the drain of paying full tuition. They bemoaned that they were not wealthy enough to brush off the annual $50,000 -$70,000 cost.

Unlike others who could be creative about their income because they were in “cash” businesses or who despite coming from very wealthy families were low income, they could not hide their salaries.

Typically, in order to pay $50,000 tuition for let’s say, five children, (it could be higher or lower as tuition varies in different schools) a couple has to earn about $80,000 or more before taxes. Yet they still have a big mortgage to pay, house to upkeep, car payments and repairs, their own student loans, office and employee expenses, as well as professional membership and license fees. And then there were the thousands of dollars spent on brisim, kiddishes, bar and bat mitzvahs, day and overnight camp, yom tov expenditures, especially for Pesach, clothing and feeding their families, as well as other daily living expenses.

They managed to pay their bills, but there was not much left over.

The consensus was that it had become exorbitantly expensive to be a frum Jew. One woman mentioned that growing up her father and brothers shared one lulav and etrog. Nowadays, it was expected that each son had his own, and it was not cheap to do so.

It used to be fun to prepare mishloach manot for Purim and relatively inexpensive. It had now become time consuming, stressful and costly, with several high end goods in each of the too many to count elegant baskets.

Peer pressure, perceived or actual, dictated spending hundreds, if not thousands of dollars outfitting the family from head to toe in “name” brands, shaitels that looked more real than the wearer’s own hair, expensive cuts of meat and high end bottles of wine and scotch for guests.

And then there was seminary. Most wanted their daughter to go to seminary, because they felt it would be a valuable first step in her gaining independence, and becoming self-reliant, precursors to getting married and leaving the nest, as well as growing spiritually.

But just applying for various seminaries meant dishing out hundreds of dollars, let alone the actual tuition of $25,000 to $30,000 a year, as well as the associated costs of plane tickets and pocket money.

Yet a very real outcome of seminary generated a very passionate discussion. One woman shared that her niece came back from shana aleph reluctantly because her teachers had convinced her to stay for another year. “Of course they did,” piped one woman cynically, “that’s another $25,000 for the school.” The niece told her parents to their great dismay that she would only go out with a learning boy. She would, as planned, get a degree in speech pathology and support her husband.

Shared our seatmate, “My sister and her husband made it clear that they would not support as they had other expenses, like paying their younger children’s tuition.” Her brother-in-law was working 60 hours a week as it was, and barely squeezed in Daf Yomi in the morning. Why kill himself while his able-bodied son-in-law could work and learn in his leisure time. As he did.

My friend mentioned that her son, who is happily married, works in a skilled trade that he acquired in a community college. She recounted that at the age of 23 when he was ready to leave full-time learning, his Rosh Yeshiva had called and gently warned her that he would have a hard time getting a date. With her typical bitachon, she told him that Hashem had already picked out his zivig.

That led to the question of whether some bochurim were learning not because they really wanted to, but because they were afraid they wouldn’t get married. Had they been warned by “those in the know” that they would devalue their “shidduch currency” by going to college or working?

Once they did marry, would they let their learning slide and just be “benchwarmers,” a phrase I heard from a disgruntled mother-in-law, disappointed in her son-in-law’s lack of enthusiasm and sitzfleisch. She was concerned that her disillusioned daughter might consider divorce.

Or even if they are enthusiastic, can a couple with children live on one salary?

There is a real danger of burn out on the wife/mother, who is working, taking care of children when she comes home, preparing meals, baths, bedtime, homework, etc.

A friend of mine was told by her dreamy 15-year-old granddaughter that she would like to marry a learning boy. My friend asked “Leah” if she thought her future kids would like having a stay at home mother, like she did. (Her black hat son has a well-paying job as an accountant in a large firm and her daughter-in-law was able to be home with her six kids.

She however, did pay for the extras, like her granddaughters’ braces and camp since his salary covered only the basics.)

Leah said, of course, she wanted to be home for her kids. My friend pointed out that if she married a learning boy, she’d have to work full time. “Oh,” Leah had exclaimed with wide open eyes, “she hadn’t thought of that.”

Generous grandparents can help support one generation, but when there are 30 or more grandchildren getting married and raising large families themselves, how far can the money go, even if the older generation is wealthy?

When most of the responsibilities fall on one parent, there is a high risk of a dysfunctional marriage. There is also a high risk of having the marriage undermined by parents/in-laws who feel entitled to “call the shots” if they are paying for them.

There is a saying that if there is no flour, there cannot be Torah. Another one is if one doesn’t teach his son a trade, he is raising a thief.

So who is going to pay the bills? Perhaps it is time the educators like roshei yeshiva and seminary principals let families figure this out for themselves – and not influence their impressionable students to make choices that may be very wrong for them. 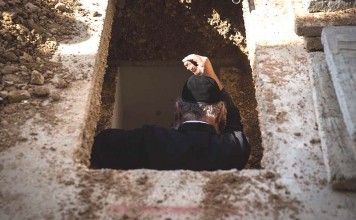