My sister just informed me that she’s getting engaged tonight, and that I should be ready to come to a l’chaim, but she refuses to tell me the guy’s name. Why is this some big federal secret? Should I even be writing to ask you this question?

No. No one’s allowed to know. You’re lucky if she even tells you what town he’s from, so you can start silently guessing people you know in that town and get all excited that she’s getting engaged to someone you know and then be way off.

Why is his name a secret? I bet when people ask him his name, he just tells them. He doesn’t get all cagey about it.

Seriously, you can’t even give me a last name?

“No, that’s what his friends call him.”

You’re my sister. I can’t know what I’m going to call you for the rest of my life?

No, not until tonight. That way you get the fun of walking into the vort and running into people you know on the chosson’s side that you had no idea would be there because you hadn’t had time to process the name.

One of my sisters recently got engaged, and when I got to her l’chaim, my first thought was that the chosson’s father looked sort of familiar from somewhere. It then took me 15 minutes to find out the chosson’s name, because I don’t exactly go to people at their own simchas and ask them their name, and there didn’t seem to be a good time to ask it while everyone was taking pictures, and then it took me another 15 minutes to put two and two together and finally walk over to his father, who had been waiting for me to come over to him the entire time. Because he’d known my sister’s name for a while already.

So why can’t they tell us the name beforehand? I mean, I know that people in shidduchim are secretive in the first place. You’re never allowed to know who they’re dating. But at some point it’s okay, right? I mean, I understand why you don’t want to run into random people you know on your first date. He might be embarrassing to be seen with. You could just be walking out of your house, down the path to the street, with all your neighbors peeking out through their blinds, and he could be walking like he’s going down an aisle: one foot forward, both feet together. One foot forward, both feet together. Carrying a candle. You don’t know. Or what if your shadchan sets you up because she, quote, “looks like you”? (This happened to me once.)

“What’s happening out there? Is she dating himself?”

But once you’ve decided you’re going to marry him, shouldn’t you be somewhat less embarrassed? Why can’t people know? Does he not know you’re getting engaged tonight? Are you surprising him?

Does he think he’s surprising you? Do you not want him to know that you know? Though I don’t know why proposing is ever a surprise. Is this really a question you want to blindside someone with?

But seriously, you’re going to tell us who he is in a couple of hours, give or take, once we have a chance to ask you his name. You can’t tell us now? What are we going to do between now and then, really? Do you think we’re going to call him and stop him? Or stalk him?

Maybe it has something to do with not wanting to introduce him to your crazy family. Except later, all at once, after he’s had a few drinks.

Chief Rabbi Condemns ‘Will You Marry Me’ Ritual: It Might Mean You Just Got Married 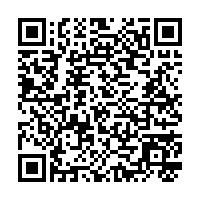