The $24 million Palestinian Museum is slated to open on Wednesday this week in Bir Zeit, about 15 miles north of Jerusalem, a dream that has come true after it had been first initiated in 1997 by the London-based Welfare Association to commemorate the “Nakba,” that fateful gamble local Arabs have taken against the 1947 UN partition resolution, which ended up with them getting nothing at all. But, as the NY Times put it on Monday, the new museum has a stunning, contemporary new building; soaring ambitions as a space for “Palestinian” art, history and culture; an outdoor amphitheater; a terraced garden — and no exhibits.

There was going to be an inaugural exhibit, named “Never Part,” about artifacts belonging to Arab refugees, but it will not be happening, because there was a disagreement between the museum’s board and its director, Jack Persekian, and the director was sacked. Or, as a spokeswoman announced on Sunday: “There will not be any artwork exhibited in the museum at all.”


The NY Times commented that the fate of the exhibition says more about the realities of Arab society than any art collection could have done. The defunct exhibition “Never Part” was going to feature artistic interpretations of keys and photographs that Arab refugees around the world have kept from their old homes in Israel.

The ousted director Persekian told the NY Times the museum’s senior management informed him they no longer liked his project, but never explained why. Persekian said he had collected images of countless artifacts from “Palestinians” around the world for “Never Part,” which he intended to make available to artists who could have interpreted the objects as they saw fit. But the folks in charge of the museum were uneasy about his plan. “Maybe they didn’t want to take a risk with something that is so unpredictable and so uncontrollable,” he said.

All the museum people would say is, “We didn’t feel that what was delivered was up to scratch.”

Now, without any exhibition at all, other than a virtual show starting May 25, which it borrowed from a museum in Beirut, the Palestinian Museum building, designed by Irish architectural firm Heneghan Peng, will host the Wednesday opening ceremony with nothing to show inside. The official version is that the ceremony will only celebrate the completion of the building. 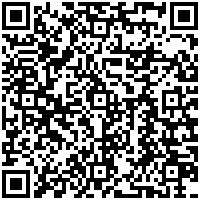