A rose that I picked from our garden to enhance the beauty of our sukkah is so exquisite that visitors remarked that they didn’t realize it was “real” until they noticed the water in the vase.


Only the Almighty could have created something so perfect, I thought, as my mind wandered back to a time long ago, when our daughters (now married) helped to “build” the sukkah. How excited they were hurrying home from school to put up the decorations.

I recall a special day when the girls and their friends were having a get-together in the sukkah and, with spirits high, they sang the lively Am Yisrael Chai, the Jewish people live! A neighbor passing by stopped in, drawn by the spirited singing. “And who did the decorating?” she wanted to know. When told that the girls had done most of it, Mrs. Hochman said, “They’ll never get into trouble that way!”

They never did, thanks to G-d whose “Guide” for living (Torah) we follow. Interestingly, a psychologist in the police department – lecturing on preventing juvenile delinquency – said, “Keep them busy!”

Now, it’s our grandchildren who are being kept busy – building, not only our sukkah, but theirs, a block and a half away. Meals were divided between their sukkah and ours, so that the Sukkos holiday should be joyous, for this holiday specifically referred to as a time of joy!

How much more joyous is it when, by the Grace of G-d, not only are there children but grandchildren as well joining in the festivities, and one sees they too are following the righteous path. For not only will they never get in trouble, but also they are already contributing members of the community – being of service to others, helping when needed. For then they will know not only the joy of the Sukkos holiday, but also the joy that comes from serving, which was so well put by a young woman quoted in last Sunday’s News. She said: “I felt like all of a sudden I was awake, like I was really present in life. I no longer felt like a spectator!”

That remark was made in connection with her participation in “Make A Difference Day” – an event started seven year ago in which volunteers from all over the U.S. get involved in helping others, at least one day a year.

It’s a great idea, which ought to be made a “must” for students in the public schools. Perhaps it would have a good effect in those schools that are plagued by dangerous gangs [nowadays bullying].

As for the Torah community, “we have it made.” Serving others – everyday – is one of the most important tenets of our religion. May the remainder of this special holiday bring much joy to all, and to all – a “Good Year” – a year in which we will all “Make A Difference” and help to bring the Messiah! 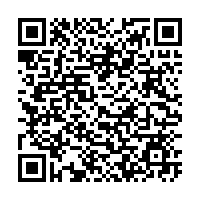