A famous scholars of the beis midrash in the city of Brodi was Rav Avraham Gershon of Kitov. This modest and unassuming man possessed such wondrous qualities of goodness and knowledge that the great Nodah B’Yehudah referred to him, in part, as follows:

“The complete and all encompassing scholar, the hallowed pious one, light of Yisrael, the pillar of the right hand, mighty hand….”

In those days Rabi Chaim Ben Atar went up from the Diaspora to Eretz Yisrael. This gaon, known to the wise men of his generation as “similar to an angel of the Lord,” was a man of firm views, who never flattered or bowed to any man. Nevertheless, when it came to the community of Yisrael, he maintained an attitude of respect and awe.

He would always say, “The verse says: ‘These are the words that Moshe spoke.’ All the 40 years that Moshe led Bnei Yisrael in the desert he never spoke harshly to them except for this one verse. Here you should ask the question: ‘Does it not say that Moshe declared: Listen rebels?’ The answer is that Moshe did not say this to the entire community, but rather only to a small group who rebelled against the teachings of the law.”

Despite his refusal to bow to people, Rabi Chaim was a humble and patient man and forgiving to those who insulted him. It is related that he was involved one time in a case of law. He patiently heard both sides and carefully went over the evidence. Finally, he ruled that the defendant was liable for damages.

When the defendant heard this he flew into a rage and began to insult the rav, even going so far as to impugn his honesty. Rabi Chaim sat quietly, never growing angry or answering the man. Later his students, who were shocked by the affair, asked him in amazement, “Rabi, where is the staunch spirit for which you are so famous?”

“What, in your opinion, should I have done?” he asked

Rabi Chaim laughed and replied, “And yet, consider this. The man has been found guilty and his soul is bitter because of it. Nevertheless, the general public will understand this and certainly not suspect me of anything. They fully believe that I have judged the case fairly. What would happen, however, if I placed him under the ban?

“If I did that, if I angrily punished him for insulting me in his time of bitterness, then the people would begin to question my objectivity and my judgment.”

The great name of Rabi Chaim reached as far as Poland, and the Baal Shem Tov longed to meet him and create with him a center of Torah in Eretz Yisrael. However, certain obstacles arose that prevented the founder of Chassidus from fulfilling his greatest dream. Instead, he turned to his brother-in-law, Rav Avraham Gershon, and asked him to go in his place.

This great scholar was only too willing to comply. His love for Eretz Yisrael was enormous and he left immediately to settle in the city of Hevron. His love for the Holy Land was embodied in the following statement:

“Chazal in Gemara Menachos 44a said, ‘One who rents a house in the Diaspora is free from the obligation of affixing a mezuzah for 30 days. Only after that period of time is he obligated. If one, however, rents a house in Eretz Yisrael, he must affix a mezuzah immediately. 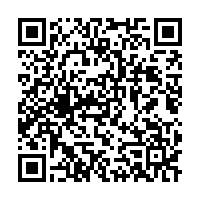