Home Magazine On Our Own/Cheryl Kupfer See What Happens When You Don’t Pay Attention?
Share on Facebook
Tweet on Twitter
I’m not quite ready yet to shut the door on Purim. Perhaps it’s my way of avoiding dealing with Pesach, and the physical and emotional effort that comes with it. Or perhaps I am reluctant to let go because I was born three days before Purim and it is the holiday I am most familiar with, although my first Purim was spent being “hatched” in an incubator reserved for preemies (which my twin brother and I were). I like to think that we made a quick exit just so we could enhance the simchah, allowing my mother to begin her Pesach cleaning with literally a load off her chest.

At any rate, I learn something new each time I peruse Megillat Esther – and this time was no different. The beauty of our holy texts is that no matter how many times you read them, you gain a new insight.

From reading the megillah, we all know that Haman “had it all,” but was unable to enjoy the impressive largess he was blessed with. In chapter six Haman gripes to his wife and friends/advisers that he has great wealth and lots of sons, and enjoys an elevated social and political status; even the queen seems infatuated with him. But he grumbles that it doesn’t mean a thing to him because of Mordechai, whose presence ruins it all for him. Haman’s attitude exemplifies the flip side of the passuk in Pirkei Avot (Ethics of Our Fathers) that points out that one is rich due to his satisfaction with his lot in life. Therefore, he who isn’t content can be considered poor. With a disgruntled Haman unhappy with his “lot” (except for the one he later cast regarding the destruction of the Jews), his fame and fortune seemingly did not exist for him.

In the midst of Haman’s whining, griping and complaining about how all that he has attained has no value, he clearly refers to his nemesis as Mordechai the Jew (5:13). In the next passuk his wife and cronies, who the megillah refers to as “those who love him,” tell him to build a gallows and ask the king for permission to hang Mordechai.

However I noticed that later, when he describes to these very same people – his wife and “those who love him” – about the fiasco of ending up publicly honoring Mordechai in the city’s streets, they say to Haman that if Mordechai was a Jew, then whatever Haman plans against him will fail. In their view, Haman himself will fall!

Thus my burning question: Did they not hear him when he clearly stated that he could not enjoy his fame and fortune because of Mordechai the Jew – right before they gave their good friend and soulmate the very bad advice regarding how to get rid of Mordechai? Weren’t they listening?

Either Haman’s wife and close buddies had severe short-term memory loss, or they weren’t paying attention. Whatever the reason was for this failure to communicate, this lack of listening resulted in Haman’s downfall. As soon as Haman told them Mordechai was a Jew, they should have immediately warned him not to mess with him because it would backfire. But it was too late for them to share this bit of vital information with him.

Here’s the valuable lesson for anybody in any kind of relationship to internalize: pay attention when someone is speaking to you – be it a spouse, child, colleague or service person. Hearing someone, without listening to what they are saying, can have grave consequences. Just ask Haman.

While on the topic of Haman, the megillah mentions several times near its conclusion that Haman’s 10 sons were hanged. I have wondered about that since words are usually not wasted in our holy texts. The 10 sons are actually named (9:7-9), yet after receiving this information their hanging is repeated in verses 13 and 14.

I believe that this is a warning to the physical and spiritual “sons” of Haman – past, present and future – whose main focus is the destruction of the Jewish people. The triumph of the Jews over their enemies as represented by Haman’s offspring was not a one-time fluke.

In this case, the “named” sons of Haman were vanquished. But the repetition of Haman’s 10 sons being slain might very well represent future generations of Amalek.

The message is clear: Try destroying the Jews and you will be destroyed! 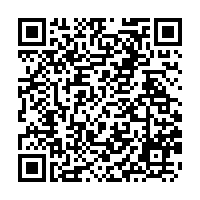