A baby is born. A flower blossoms. A terminal patient recovers. Israel is a land of miracles, from the world famous to the seemingly mundane. As Jews around the globe prepare to celebrate the ancient miracles that took place in Israel, we take the opportunity to look at modern day miracles that are changing the face of Israeli life.

Miracles happen minute by minute at the Sheba Medical Center, Israel’s largest hospital. From new births to the latest medical research and the development of new treatments, Sheba saving lives and bringing hope to Israelis from all walks of life.
Employing a new and innovative medical treatment as a clinical trial, Sheba Medical Center recently became the first Israeli hospital to have achieved complete remission in children stricken with leukemia utilizing “CAR T-cell therapy.” CAR-T-cell therapy has achieved a 75% positive response rate in patients who have been treated at Sheba Medical Center and previously failed to respond to conventional cancer treatments.

This cutting-edge treatment uses the patients’ own T-cells, taken from the immune system and genetically engineered in the laboratory to produce special receptors called Chimeric Antigen Receptors (CAR), which are armed and then attached to a specific target on cancer cells (an antigen). The cells are grown in the lab until they number in the millions and then reinfused back into the patient.
“We have the advantage of making our own cells, as well as conducting the research and clinical trials within our labs, independent of any pharmaceutical company in Israel or the USA,” revealed. Dr. Michal Besser from Sheba.  This type of therapy promises to be the future platform from which to combat other forms of cancer, as well as other diseases.

Developing the Desert Through Scientific Innovation

While the entire State of Israel is a story of victory, the development of the Negev has been a unique battle to transform the desert into a fertile ground for innovation. Ben Gurion University has played a special role in nurturing innovation in the Negev community. It is the current leader in research, cyber, homeland security, alternative energy, desert and water research, high-tech and robotics, sharing the University’s expertise locally and around the globe.

One of the university researcher’s most recent discoveries will actually help make deserts bloom and could aid a billion people who are currently living in areas threatened by desertification.

They recently published a study revealing how treating graywater using biofiltration is more efficient for irrigation in arid, sandy soils found in deserts.

The use of raw graywater generally causes a phenomenon called hydrophobicity, causing water to collect on the surface of the soil instead of being absorbed into the ground, as is the case with fresh water. That problem usually disappears quickly after rainwater or freshwater irrigation, which is more of a concern in arid lands.

“Onsite reuse of graywater for irrigation is perceived as a low risk and economical way of reducing freshwater use, and as such is gaining popularity in both developing and developed countries,” says Prof. Amit Gross. “The results of the study reinforce the recommendations to treat graywater before reusing it for irrigation, particularly in arid regions.”

From a barren land, Israel has become home to thriving agricultural industry. With products being export around the world, Israel has taken its place on the international stage.

The wine world has enthusiastically embraced Israel wines, thanks to the Golan Heights Winery, which took advantage of the incredible wine growing potential of the Golan Heights region. The first wine they produced, received a gold medal at the world-renowned International Wine and Spirit Competition in London in 1987, placing Israeli wines on the map. In addition to creating excellent wines, the winery has also made huge scientific breakthroughs that have allowed for the improvement of both yields and quality. Working with top plant physiologist Dr. Michael Kopyt, Golan has begun using weather stations to predict how blocks of vines will react to weather conditions. Eventually, blocks of vines will be designed to need little or no irrigation.

Today, wine stores and food chain stores across the globe and in Israel stock a variety of outstanding Israeli wines: blends, varietals, single vineyards, reds, whites and rosés, are all among them. Wine festivals are being hosted across the country, an increasingly popular event. Top restaurants across the world serve their most celebrated dishes with the best Israeli wines.

From being trodden upon by ancient feet to being handled with the expert care of the latest technologies, Israel’s grapes have lent an air of finery to its agricultural endeavors.

This Chanukah as we take pride in the achievements of the Maccabees, we can rejoice in the modern miracles that allow Israel to truly be a light unto the nations.

Israel Attacks Hezbollah Targets in Homs and in Southern Syria 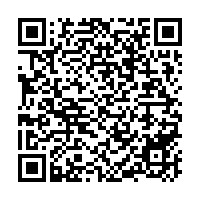