It saves millions of lives every year. Yet, the pacemaker – one of the most popular medical devices – has a problem. Its batteries are bulky and rigid and run out at regular intervals. Without batteries, though, this life-saving device is worthless.

Researchers from China and the U.S. – led by Dr. Zhong Lin Wang and Dr. Zhou Li – have come up with a solution: a battery-free pacemaker that harvests energy from human heartbeats.

The device consists of three parts: (1) an energy harvesting unit called the iTENG, (2) a power management unit made of a capacitor, which stores the energy and then releases it to power the pacemaker, and (3) the pacemaker itself.

Unfortunately, the battery-free pacemaker is not ready to be used on humans just yet. So far, it has been successfully tested on pigs, and pig hearts are similar in size and function to human hearts so researchers are confident it will work on humans as well.

Second, the pigs in the study had the device inserted around their heart. If they were placed in the same manner in humans, open heart surgery would be required, which is much riskier and more invasive than the surgery required to insert a battery-operated pacemaker. Of course, the battery-free pacemaker could, in theory, work with movement from other muscles rather than the heart, but more tests would need to be done to demonstrate this fact.

Despite the challenges, researchers are encouraged by their findings so far. And self-powered pacemakers will come as a relief to medical professionals and patients who are worried about pacemakers’ batteries failing and having to undergo further procedures to replace them.

If battery-free pacemakers prove to be successful, the concept behind them – using kinetic energy from a person’s body to power a device – could be used to power other medical implant devices operated by batteries as well, such as neural stimulators, muscle stimulators, and devices for tissue repair and engineering. It could reshape the entire medical technology industry. 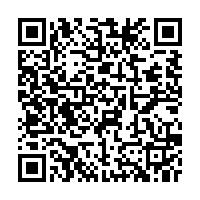