According to a report in NewLebanon, sources close to the Hezbollah’s terrorist group claim that Hezbollah has ordered all its fighters located in Syria to withdraw within 15 days, and relocate all personnel and equipment to southern Lebanon, where they will be assigned new missions related to tensions in the region.

Israel withdrew from southern Lebanon on May 24, 2000. After which Hezbollah, which is a terrorist proxy for Iran, took control over the region.

Subsequent to the withdrawal, Israel fought a war with Hezbollah in southern Lebanon which began on  July 12, 2006, after Hezbollah killed and kidnapped Israeli soldiers along the shared border.

It is estimated that Hezbollah now has an arsenal of 130,000 rockets aimed at Israel, many located within civilian areas and inside homes in southern Lebanon. 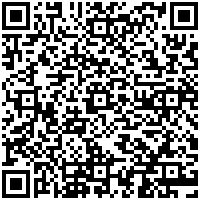