We said goodbye to some popular stars last season.

David “Big Papi” Ortiz retired after a 20-year big league career. Stepping down from his role as designated hitter of the Boston Red Sox, Ortiz had a great exit as he hit .315 with 38 home runs and 127 runs batted in. Ortiz is a shoo-in for the Hall of Fame based on his career batting average of .286 and 541 homers.

Prince Fielder, only 32, ended his career prematurely because of herniated disks in his neck. Popular with fans and teammates, Prince loved to play, and he often played hurt, missing just one game in the five seasons prior to going to the Texas Rangers in 2014. Fielder had 319 career home runs, the same number his father, Cecil, had. Prince, though, had a .283 career average, 28 points higher than his father.

I experienced all the emotions a baseball-oriented person could feel on the third Sunday of September in 2016.

The day started with the terrible news that baseball’s young superstar ambassador was killed in a boating accident in Florida. Jose Fernandez had the greatest smile and personality in the game. The 24-year-old pitcher with the great future was a great ticket-seller for the Miami Marlins as fans came to watch him, always expecting a great mound performance.

Fernandez was very animated even when just sitting in the dugout cheering on his teammates. He was the cheerleader. TV cameras focused on him and his reactions to what was happening on the field. Fernandez, who was pitching his way into the Hall of Fame, struck out a whopping 253 batters in 182-and-a third innings in 2016. His best pitching performance was his last, as he struck out 12 in eight innings and only surrendered three hits against the Washington Nationals. His career pitching record at home was an amazing 29-2 with a 1.49ERA.

Cuban born, Fernandez tried to escape the oppressive Castro regime three times and failed. At 14, he spent months in a Cuban prison. He tried escaping again and the choppy waters overturned the boat Jose and his mother were on. After 15 minutes of frantic flailing around searching fro his mother, he rescued her and they made it to safety. He was a hero not only to the Cuban community but to everyone who appreciates a special young man with a unique talent who cared for others.

Later that same Sunday, Vin Scully called his last Dodgers home game. It had a Hollywood ending as Los Angeles won via a home run in the bottom of the ninth. I watched the happenings on the MLB Network and was transfixed as the fans saluted Scully after the game. It was touching to hear the great Hall of Fame broadcaster sing “Wind Beneath My Wings,” to his wife, Sandi.

The recording was made on a karaoke machine and played over Dodger Stadium’s public address system. In my opinion, Vin Scully could start a new career as a crooner. Vin, who turned 89 in November, is some 18 years older than his wife. The pair has been a married team since 1973.

After watching the events from Dodger Stadium and the touching tribute to the Scullys, I put away the Kleenex and focused on Team Israel and its game against Britain from the minor league home of the Brooklyn Cyclones in Coney Island. As you probably know, Team Israel won and will move on to the next round of the World Baseball Classic in Seoul next month.

Team Israel will have a couple of different players in March. Infielders Alex Bregman (Houston), who may be the only player in the majors this season with two Jewish parents, and Ian Kinsler (Detroit), who has a Jewish father, opted to play for Team USA and not Team Israel. I thought Bregman and Kinsler would have gained a bit spiritually by associating themselves with Team Israel.

Eight players from the Team Israel roster visited Israel last month. Besides the touring players, the visitors included family members. The sites they saw included Yad Vashem, the Dead Sea, Masada, and Mount Zion. Some of the players had short careers in the big leagues. Ike Davis was probably the biggest star; Mets fans living in Israel recognized him shopping in Machaneh Yehuda and asked for autographs.

We’ll get to see highlights of the team and tour via a documentary aptly titled “Heading Home” which will air in the future on the MLB (Major League Baseball) Television Network. 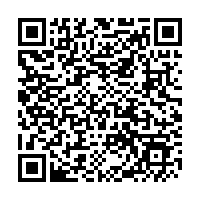