It was just a little more than 60 years ago, in the waning weeks of 1956, that the Brooklyn Dodgers traded the iconic Jackie Robinson to the hated rival New York Giants.

It was a great time to be a youngster in the fabulous ’50s. The top television shows at the time of the trade were “The Ed Sullivan Show,” “The Sixty-Four Thousand Dollar Question,” “The Perry Como Show” and “I Love Lucy.” But my personal favorite was “The Lone Ranger.”

A large percentage of American Jews – myself included – flocked to theaters to take in Cecil B. DeMille’s epic film “The Ten Commandments,” starring Charlton Heston as Moses.

Baseball saw some great seasons from young players. Frank Robinson hit 38 home runs for the Cincinnati Reds and was named National League Rookie of the Year. Herb Score, in his second season, won 20 games, including five shutouts, for the Cleveland Indians, who boasted two other 20-game winners that season.

In July, Cleveland general manager Hank Greenberg was inducted into baseball’s Hall of Fame. Earlier that season Greenberg released veteran pitcher Sal Maglie, who was picked up by Brooklyn. Maglie went 13-5, tossed a no-hitter, and went on to pitch in the World Series.

The Dodgers came into 1956 as defending World Champions, having defeated the Yankees in the 1955 World Series. The Yanks were hoping to face the Dodgers in ’56 and get their revenge – which they did.

The Dodgers’ Don Newcombe led National League pitchers in 1956 by winning 27 games and first baseman Gil Hodges’s 43 home runs topped the league as well. The Dodgers/Yankees 1956 World Series was headlined by Don Larsen’s perfect game in Game 5 and the Series went down to Game 7, won decisively by the Yankees, 9-0. Yogi Berra was the star of the Fall Classic, batting .360 with 10 RBI.

Jackie Robinson finished his tenth major league season with a .275 average and 10 home runs. He was slowing down and saw action in only 117 of the Dodgers’ 154 games.

He was just six weeks away from turning 38 when the Dodgers traded him. The Giants felt he could still help their club. The man who broke baseball’s color barrier in 1947 had a career batting average of .311. The trade shocked the Brooklyn Dodger players and fan base. Robinson himself was stunned. Ebbets Field was his home away from home and the Brooklyn uniform was all he’d known in the major leagues.

Particularly bereft were Brooklyn’s numerous Jewish fans, who had taken to Robinson quicker and more completely than any of the borough’s other white ethnic groups; one old-timer recalled (in Peter Golenbock’s definitive work Bums: An Oral History of the Brooklyn Dodgers) hearing the heartfelt chant of “Yonkel, Yonkel” directed toward Jackie at Ebbets Field.

Robinson rejected the trade. He knew better than anyone else that his athletic skills had significantly deteriorated and that it was time to accept the position he’d been offered of vice-president for the Chock Full O’ Nuts coffee company.

Of course, Brooklyn’s baseball fans were in for a much greater shock the following year when it was announced that 1957 would be the Dodgers’ final season in Brooklyn and that the team would be relocating to Los Angeles. (The Giants simultaneously moved to San Francisco, leaving the Yankees as New York’s sole major league baseball team until the Mets came along in 1962.)

One of baseball’s top trivia questions is “Who was Jackie Robinson traded for?”

Answer: Dick Littlefield and $30,000. So who was Dick Littlefield? He was well known to yeshiva student baseball-card collectors at the time because he always wore a different uniform every year.

Born in Detroit, Littlefield was signed by a local Red Sox scout off his hometown sandlots and the left-handed pitcher spent the late 1940s in the minors with Oneonta, Wellsville, Roanoke, Scranton, and Birmingham before making his big league debut with Boston in 1950. He was sent back down to the minors for more seasoning with Memphis and Buffalo, and then the Red Sox traded him to the Chicago White Sox in 1951. Then it was on to his hometown Tigers and the St. Louis Browns in 1952.

The Browns moved to Baltimore in 1954, becoming the Orioles, and Littlefield often saw Baltimore mayor Tommy D’Alesandro and his young daughter Nancy at home games. Nancy would go on to become a congresswoman and eventually the first female Speaker of the House – we all know her today as Nancy Pelosi – while Littlefield went on to pitch for the Pittsburgh Pirates, the St. Louis Cardinals, and the Giants before the trade for Robinson.

The Giants kept Littlefield when the Robinson trade fell through, but not for long. They traded him to the Chicago Cubs early in the ’57 season, making Littlefield the most traveled player in major league history at the time – nine teams in nine years.

“When I phone my wife, she’s always afraid that I’m calling to tell her I’ve been traded again,” Littlefield told reporters.

But Littlefield wasn’t done moving. The Cubs sold him to the Milwaukee Braves in 1958 and it was back down to the minors later in the season. His big league career was over at 32 and his final numbers were decidedly unimpressive – 33 wins and 54 defeats with an ERA of 4.71. He continued to pitch for minor league teams, spending 1959 with Louisville and the following year with Indianapolis. Then it was on to Dallas-Ft. Worth where he ended up managing in 1962. Then it was back to his Detroit home and making a living in a tool-and-die factory.

The Fairest Of Them All 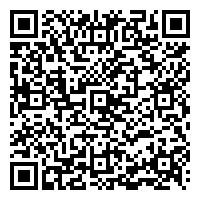