Europe had its royalty, its nobility… and its Rothschilds.

Throughout Jewish history we have had our Jewish “royalty,” but even today the name Rothschild is legion.

During England’s Victorian era, Lionel Rothschild achieved a primacy both in the family’s banking and financial services empire, as well as in politics. The personal family history became intimately intertwined with that of Benjamin Disraeli, who remained unabashed of his Jewish roots, and with that of Prime Minister William Ewart Gladstone. The Rothschilds were even among the intimates of Queen Victoria herself and her court.

It was during this era that the House of Rothschild assisted the empire building of the Victorian government. Even Gilbert and Sullivan celebrated the family’s ultimate wealth in song. In their operetta Utopia, Limited, “a Rothschild” became a metaphor for ultimate wealth, just as
“rich as Rockefeller” was a metaphor for ultimate wealth to Americans during the mid-20th century. No major governmental or business undertaking was possible without the financial participation of major banking family firms, and The House of Rothschild retained primacy in English economics.

Charlotte and Lionel began their marriage as intimates together with Queen Victoria and her consort, Prince Albert, and the two gentlemen collaborated on some of the noblesse oblige of the wealth, such as charitable endeavors, art collecting – even Rothschild’s investment that made the Suez Canal possible.

When Lionel was yet a young man of 27, Charlotte was his 16-year-old cousin by his uncle Carl, of the Naples banking branch of the family. Lionel’s father was already the richest man in London, and his elegant, society-focused mother Hannah Cohen Rothschild made the match between the cousins (not unusual for Victorian Jewish families). The Naples Rothschilds’ primary home was back in Frankfurt, whence the family derived and where Charlotte’s mother
Adelheid stylishly entertained prominently.

Mayer Amschel Rothschild’s family had been prominent for just two generations, having seen 19 grandchildren born at that point – eight of the cousins would marry one another, five others married across generations and two remained unmarried. Only four (all daughters) “married
out.”

Home tutored, Lionel was quite shy and unassuming, but was already making his mark in the family enterprise at 18, when his future shidduch was first proposed (probably unbeknownst to him). Following an apprenticeship at the Rothschild bank in Brussels (the young bankers were always apprenticed out to an uncle’s establishment, not their own father’s), Lionel came home to London in order to assume a growing dominant position at one of the pillars of The Royal Exchange (“Jews” corner). This far corner would not long remain quite so obscure.

Although Charlotte was not destined to hold any position in the family’s enterprise, she was extremely well educated, could read and converse in several languages, and even was made familiar with business affairs. After her 17th birthday in 1835, the engagement to her cousin Lionel became official, and her grandmother Gutle, Mayer’s widow, was determined to survive to the wedding day (she actually survived well into the ’40s).

The story is told about grandmother Gutle that she summoned a physician to complain about the ineffectiveness of his prescriptions, to which he replied, “Unfortunately, we cannot make you younger.” Her now famous rejoinder: “Your mistake, doctor – I do not ask you to make me younger – it is older that I desire to become.”

This fascinating book is full of wonderful details like that, including the commingled family history with that of Benjamin Disraeli and other well known historical figures. Lionel was an openly practicing Jew, active as both participant and official in London’s Jewish community, and Charlotte exercised her prerogatives in charitable activities, both in Jewish communal educational pursuits (establishment of Talmud Torahs) as well as providing housing for poor immigrant families and soup kitchens.

This was one of the world’s wealthiest and most renowned Jewish families who never abandoned their heritage and, at least in that generation, imbued their children with values of Yiddishkeit. 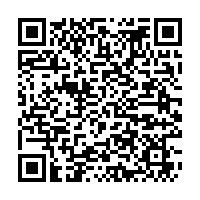