English-language readers are fascinated with Rabbi Tal Zwecker’s Mipeninei Noam Elimelech. Sparkling prose that clearly explains selections from Reb Elimelech of Lizhensk’s Noam Elimelech (commentaries based on weekly parshiot) are pearls of their own in this publication.

Reb Elimelech’s invigorating worldviews are presented within an impressively helpful historical context – Midrashim and Gemarot with English interpretation for understanding them. It is a breathtaking foray into what Rabbi Zwecker calls “the first volume of my efforts to (IY”H) translate a series of [what amounts to] a chassidic classics library.”

As for this initial volume, Rabbi Zwecker suggests, “It’s better to begin with the Introduction … just read it straight through the first time. Use the notes. They have a lot to offer. There’s an index to the stories in the back. Leave the tzeital katan and hanhagos ha’adam for last after you’ve read the book, to understand them better.”

Back to the remez-focused book: readers familiar with peshat commentaries about the unflattering image of Chava stretching the truth about the eating from/touching the Etz HaDa’as Tov V’ra will be stunned by Reb Elimelech’s insight about the incident on pages 37 and 38. The G-dly reference to “achol tochal” refers to learning Torah lishmah and lo lishmah. The “mot tamut” warning implied death in the next world as well in this one.

Rabbi Zwecker reveals an emotionally and spiritually exhilarating insight in his commentary about the incident: “Then she realized that there is a third level: complete and total d’veikut, cleaving to the blessed Creator” In short, Chava admonished the snake that a slight touch (negiah b’alma) would interrupt d’veikut, leading to spiritual death.

Unbeknownst to her, she hadn’t attained the pre-requisite levels of lishmah and lo lishmah. Chava had simply erred by assuming that she had reached that lofty level, and wished to protect her mistakenly assumed stage of d’veikut.

As for Adam’s consumption of the forbidden fruit, read page 39 with a glass of water handy. You’ll need it to better cope with your surprise at how Adam bested the snake after all as he became the world’s greatest husband in history!

The text between Bereishit and Devarim is quite valuable, though too profound for commentary in a space-limited book-review. Perhaps the following thought will entice readers to find out why on their own: When you study the section on Devarim, you’ll learn a deeply profound thought for focusing your spiritual energies in the second paragraph.

The beauty of Chassidut and Torah life is exquisitely revealed here. So is the purpose of life.

By the time anyone finishes Mipeninei Noam Elimelech they will surely be better for the effort. 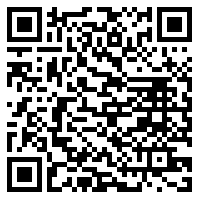