When I was growing up in the 60s, I often accompanied my father and mother to the airport to see them off. It was an exciting experience for me. I remember distinctly approaching the airplane and waving my parents off as they boarded the plane. Then I ran up the stairs to an observation deck where I could see the airplane taking off and share a little in the excitement of the moment. There were no apparent threats. I was in a safe place where all people could share in these magical moments.

Things have changed drastically since those innocent days. Today you say goodbye to your loved ones as they enter the terminal, and every passenger must undergo an exhaustive check to be sure that they are not carrying anything which would compromise the airplane reaching its destination safely.


I am one of those people who always gets tagged and must undergo a search of my person, removing my shoes and explaining why the sensor might have gone off. In the beginning I smiled and felt reassured that these precautions were being taken. After all, we all want to arrive safely. After a while these searches became annoying, and today I find them downright upsetting.

What has changed in our society that we are so cautious with security and are constantly on edge that something can go wrong? Who are we afraid of?

I don’t mean to sound prejudiced but there is one common fear that everyone has when traveling or entering any public area. The news media call them the radical Islamic sect that will stop at nothing to harm innocent people. Recent studies have indicated that were they to have in their possession an atom bomb, they would use it without compunction and wreak destruction on “their enemies.”

What annoys me most, however, is the response, or lack thereof, from the general Muslim population. Why aren’t they doing anything to stop this violence? Where is their outcry? Sometimes you hear a pareve condemnation of certain acts, but certainly you never hear a furor of protests and outcries proclaiming that these actions do not represent the vast majority of “peace-loving” Muslims in the world. It almost seems that they tacitly approve of these actions.

I’ve read parts of the Koran, and let’s face it: The Americans or the Jews or the Christians are not the Muslims’ favorite people. The vast majority of Muslims say nothing because behind the muffled apologies (if they are forthcoming at all) is their tacit agreement that we are the enemy and anything that we get, we deserve.

We recently read the portion of Ki Tetze on Shabbat. The Torah’s first words in that parsha are “Ki tetze lamilchama al oyvecha,” when you go out to war against your enemy. The apparent implication is that there are evil people in this word who are our enemies, and further, that there are times that we must war with these people to address the threat.

Remember Mr. Reid, the guy who got on a plane with a bomb built into his shoe and tried to light it? Did you know he was tried and found guilty? Here are some segments of the ruling by U.S. District Judge William Young:

“We are not afraid of you or any of your terrorist co-conspirators, Mr. Reid. We are Americans. We have been through the fire before.

“So war talk is way out of line in this court. You are a big fellow. But you are not that big. You’re no warrior. I know warriors. You are a terrorist. A species of criminal guilty of multiple attempted murders. You’re no big deal.”

It’s time the world recognize who the enemy really is and call them what they are, as Judge Young so bravely did. 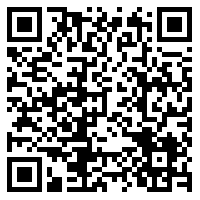