For years, Binyamin Netanyahu’s views on negotiating with terrorists, and on negotiating under fire have been clear: In his defining treatise on the subject Terrorism: How the West Can Win, Netanyahu spelled out clear guidelines for dealing with the scourge of attacks on civilians. Amongst other principles, the then up-and-coming Likud leader said clearly that terrorists must be fought and beaten, not negotiated with and cajoled. He also wrote that by negotiating under fire Western governments ensure ongoing conflict and encourage future attacks.


What a difference a decade makes: Jordanian media reported Thursday that Netanyahu and Palestinian Authority President Abu Mazen – senior member of the Palestinian Unity Government that includes Hamas – met secretly in Amman several days ago, at a session likely sponsored by King Abdallah.

So much for principle. 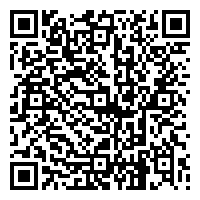