Sportscaster Bob Costas remembered the 11 Israelis killed in the 1972 Munich Olympics on air as the Israeli delegation entered the Olympic stadium in London.

“These games mark the 40th anniversary of the 1972 tragedy in Munich, when 11 Israeli coaches and athletes were murdered by Palestinian terrorists,” Costas said during NBC’s broadcast of the opening ceremonies last Friday.


“There have been calls from a number of quarters for the IOC to acknowledge that with a moment of silence at some point in tonight’s ceremony. The IOC denied that request, noting it had honored the victims on other occasions.”

Costas noted that International Olympic Committee President Jacques Rogge held a moment of silence in the Olympic Village earlier in the week.

“Still,” Costas said, “for many, tonight, with the world watching, is the true time and place to remember those who were lost, and how and why they died.”

After 12 seconds of on-air silence, Costas cut to a commercial. 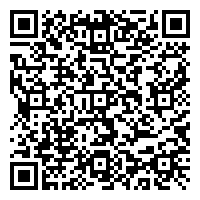