My first stop on the final day of the President’s Conference was a special bloggers meeting first with Dr. Yossi Vardi and then with President Peres. Bloggers joked on Twitter that they felt like calling Peres ‘Saba’ after spending the past few days with him, and I can understand why. He certainly has a grandfatherly type of spirit made up of a kind smile and a warm glow that radiated through the low lighting of Exhibition Hall.

The bloggers had the opportunity to ask President Peres some questions at the gathering. Bloggers from both national papers and personal websites were represented and asked questions that ranged from straightforward politics to ones that were more personal. One inevitably centered around the status of Iran, in which Peres answered that Iranians are using dangerous means that don’t give Israelis much of a choice when deciding what to do next. Peres explained that in the recent nuclear negotiations, the Iranians came to the table half-hearted. If the leaders don’t agree to economic sanctions, then all options will be on the table. A heavy calm had permeated the room throughout Peres’ discussion, but hearing the idea of the potential for more extreme measures took it to a deeper level.


That feeling was lifted during one of the most moving parts of the session when Peres was asked about his reflections during his time in America with President Obama. A clear advocate and friend to America, Peres explained he was charmed by the President. He said the unique thing about America is that it’s the only power in history that got its strength not by taking, but by giving. “This is a new concept about the strength of generosity,” he said. As kind as his words were, I can’t help but poke a hole in the message. I don’t think the Native Americans would be so quick to talk about America’s generous nature. On top of that, America is a capitalist country that inspires starry-eyed youth with the idea of the ‘American dream.’ The greed and corruption that can result from the concept doesn’t match up. Further, when America started the War on Terror, they exercised their strength under the cover of generosity, wanting to set up a democracy in a less fortunate area, but the true reasons for invading were far less altruistic. That being said, even if America may not be the most generous historically, honoring Israel certainly falls into that category. Seeing Israel in that respect was incredibly moving for Peres and for many bloggers in the room.

Some questions were injected with religion. One blogger asked Peres what he would ask God for at the Kotel. Peres said that God resides in each of us and He guides us. We can follow him or we cannot follow him, but he would ask him to continue to give the right advice and in turn, we will do the right things. It’s an idea that I’ve been learning about at seminary for a few weeks now, and an aspect that can be included in all areas of life. The overarching idea mimics the theme of the conference in general. We don’t know what’s in store for the future, but we must have faith that tomorrow’s world will be better than today’s. Peres said that in the Hebrew language there is only past and future, no present. In response to the words of the prophets, he said that “there is nothing on the waiting list.” The prophets’ words advise us in which way to change for the future. Peres’s actions set the stage for that. By creating the President’s Conference, he is setting up a means to exchange ideas and meet new people that together can create that change.

Peres exuded the same fervor in response to the most fun question of the day. @Roopunzel (on Twitter) asked, “What’s on your wish list for your next birthday present?” Peres didn’t hesitate. He responded that his wish is for all people to have happy birthdays. I hope that’s a message that can be delivered. 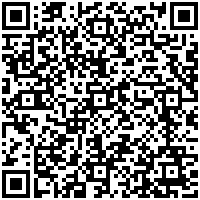