Consider the following scenario. The good (and free) food at the President’s conference is in the VIP lounge. But to get in there you either need to be a VIP, or have a VIP invite you in. Outside the room are guards preventing your entry, and direct access to talk to the VIPs is limited and difficult outside the room, particularly if you want to just ask them to get you in there so you can eat.

So what do you do?

But the first question is, with whom? Who is your partner in this negotiation, and what do they want from you? Can they deliver what you want? And can you deliver what they want in return?

You can’t negotiate with the guards. They don’t want to negotiate. They have the mutually exclusive goal of keeping you out.

You could negotiate with the VIPs, but you’d have to know they are in there, willing to help and simply available, otherwise you’re negotiating with yourself (very common in Israeli negotiations, by the way).

So you happen to see a certain politician go in. Perfect. You know he wants to talk to you. Except his assistant isn’t answering her phone. So there’s no negotiating partner there.

But then you notice Dana. Dana is the hard working employee of Finn Partners, the firm who helped organize and promote the President’s conference. Her job, conveniently enough, is to help manage and organize the interviews with the VIPs.

Right now Dana looks like she has a problem. Problems mean opportunity.

Dana knows you only want to go in for the food, and she’s not about to help you do that for nothing. But it turns out that a reporter from a big newspaper (which shall remain nameless) cancelled on her at the last minute, leaving a serious and embarrassing gap in the schedule.

“Can you learn enough about this person and his expertise in the next 15 minutes, to run a competent interview and not make me look bad?” She shoots back.

“Of course,” I lie, as anyone in important negotiations like this would naturally do.

So for the next 15 intense minutes, my intern Alex and I are researching some Harvard Business School professor named James Sebenius, who, as it turns out, is an expert and advisor on negotiations, and a professional negotiator to boot. Professor Sebenius heads up the Harvard Negotiations Project.

Alex and I use my last 2 minutes discussing possible questions I could ask that won’t make me look like a complete ignoramus, based on my rather sketchy knowledge of the theoretics of his field (practical knowledge I obviously have, I did manage to get us in there to eat after all).

So in we go and meet Jim (as he asked me call him).

Jim is clearly no fool, and he immediately wants to know why in the world would someone from The Jewish Press want to interview him, and not someone from say, Globes.

Now I can’t tell him it’s because we want to eat (did I mention we’re standing by the table with the hot foods), because that would bring about the immediate meltdown of a negotiation that’s been pretty successful so far.

So I explain to Jim that with negotiations so central to events surrounding Iran and the Palestinians, understanding the theory and practice that goes on in negotiations and behind the scenes would be of interest to our readers.

I think you’re getting the idea on how this negotiating thing works.

We pass by the ice cream station on the way to our table.

But first I have to run the interview (which you can read in full here).

Inadvertently, I find myself getting sucked into this intellectually stimulating discussion, though my ultimate goal of getting that ice cream from the stand nearby is still foremost on my mind.

26.5 minutes later the interview gets cut short by the Finn Partners staff, another reporter from a global newspaper is here to do her interview.

Anyway, in the end, Jim got an interview, Dana resolved her embarrassing logistics problem, and Alex and I got ice cream. Now that’s what I would call a successful resolution in a complex negotiation. 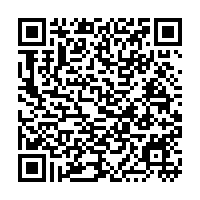