The Palestinian Authority continues to detain a prominent Arab activist for criticizing the arrest of Ayman Qawasmeh, the director of Hebron’s Manbar al-Hurriya radio station.

Qawasmeh spent three days in detention after he called for the resignation of Palestinian Authority leader Mahmoud Abbas, Prime Minister Rami Hamdallah and the governor of Arab Hebron over what he called their “failure to protect Palestinian institutions.” The accusation came in the wake of a raid on the radio station by the IDF, which accused Manbar al-Hurriya of using its broadcasts for incitement against Israel.


“This media network is in an area that is under the complete control of the Palestinian Authority, yet, they remain silent, and cannot protect us. We have nothing to do with incitement. We try to deliver the message of the simple people in need, to the officials. We try to be the voice of the voiceless, and that is why we keep getting attacked and harassed,” Qawasmeh wrote in a post that was translated to English by the International Middle East Media Center (IMRA).

Qawasmeh was taken into custody by PA security forces on Sunday shortly after he uploaded the post.

Issa Amro’s detention came shortly after he shared the post.

By Tuesday, Amro – coordinator for ‘Youth Against Settlements and a former field researcher for the anti-Israel B’Tselem NGO – declared a hunger strike to protest his own detention. He faces 18 charges in Israeli military court related to his activities.

Qawasmeh has since been freed, although Amro remains in detention, according to the Bethlehem-based Ma’an news agency. The Office of the United Nations High Commissioner for Human Rights (OHCHR) has warned that freedom of expression is guaranteed by international agreements, including the International Covenant on Civil and Political Rights – ratified in 2014 by the Palestinian Authority. 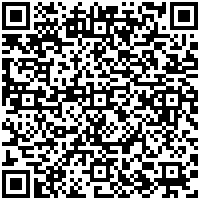