World-leading rabbis have found a new home for their written works in Maggid Books, a division of Koren Publishers Jerusalem. Created in 2009 to publish books that offer new approaches to traditional Jewish texts and themes, Maggid Books has quickly become the publisher-of-choice for a wide range of Jewish authors.

Britain’s Chief Rabbi Jonathan Sacks–whom many consider the most articulate voice of Judaism today–has made Maggid the publisher of his books of Jewish thought. His Covenant & Conversation, a collection of essays on the weekly Torah reading, was Maggid’s inaugural title. It received widespread critical acclaim and went on to win the National Jewish Book Award.


Rabbi Adin Steinsaltz, the teacher, philosopher and spiritual mentor Time Magazine hailed as a “once-in-a-millennium scholar” has brought his vast collection of writings to Maggid. Maggid recently published Rabbi Steinsaltz’s first new book in several years, Change & Renewal, has published new editions of his bestselling books The Thirteen Petalled Rose and The Essential Talmud, and is re-issuing dozens of his books that have been out of print for many years, enabling Rabbi Steinsaltz fans to acquire the entire Steinsaltz Library for the first time.

Books by one of the twentieth century’s most influential Jewish leaders, Rabbi Joseph B. Solovetichik, have also come out under the Maggid imprint. Maggid has recently issued a newly revised edition of Rabbi Soloveitchik’s classic essay, The Lonely Man of Faith, and will release other enduring titles by “The Rav,”

Rabbi Shlomo Riskin has published his popular five-volume series on the weekly Torah reading, Torah Lights, as well as his acclaimed memoir, Listening to God, with Maggid, and historian Rabbi Berel Wein has authored Patterns in Jewish History and Vision & Valor: An Illustrated History of the Talmud through Maggid.  Rabbi Norman Lamm, Dr. Erica Brown and others have followed suit.

Leading Israeli rabbis and scholars are delighted by the opportunity Maggid affords them to reach readers around the world, often for the first time.  Through Maggid’s “Voices from Jerusalem” program, Jerusalem’s Rabbi Binyamin Lau, Yeshivat Har Etzion’s Rabbi Ezra Bick, Beit Morasha’s  Rabbi Dr. Yehuda Brandes and many others have found a way to export their scholarship to the US and Canada.

Major educational institutions have sought out Maggid as a publishing partner. Yeshiva University, Yeshivat Har Etzion, the Eretz Hemdah Institute, and other schools and yeshivas are publishing works with Maggid, enabling their scholars and educational approaches to reach a broad audience. The Orthodox Union Press also partners with Maggid to bring out books that represent the best of contemporary, Orthodox Jewish thought.

Look for new books from Maggid online and at Jewish bookstores everywhere. 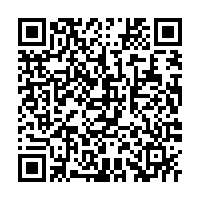