In The Invisible Man by H.G. Wells, the protagonist transforms into that state through experimentation yielding a successful potion. Israelis don’t need scientific genius to become invisible, though. Just be related to a terror victim.

My last post on the latest planned terrorist releases cited Frimet Roth, whose daughter Malki Hy”d was one of fifteen people murdered in the Sbarro pizzeria bombing in 2001. Mrs. Roth recently wrote concerning the planned releases:


“Since our daughter Malki was murdered in a Hamas attack on a Jerusalem restaurant in August 2001, the Israeli justice system has acted as if, in the literal sense of these words, we did not exist…In fact throughout these past 12 years, at no stage have we ever been told anything relevant about the murderers of our child or their fates before we read about it in the news.”

This is no aberration.

“We didn’t even get a phone call,” Avi Bromberg commented about the possible “goodwill gesture” release of Karim Younis and Maher Younis, who murdered his father in 1980. “The government’s conduct is a disgrace.”

Writing in May about the release of Jamal Tirawi—who in 2002 dispatched a suicide bomber that murdered Rachel Tcherkhi Hy”d and wounded thirty others—Meir Indor from the Almagor Terror Victims Association noted:

“The victims of his crime were not even notified of his appeal… Where was IDF Central Command head General Nitzan Alon when all this happened? Part of his job is to approve rulings by the military courts under his command. Why didn’t he, or else the chief of staff, suspend the ruling so that the terrorists’ victims could file their own appeal and petition the Supreme Court to annul the ruling?”

Likewise consider the case of Shehada Awad Shehada Shatat, who witnessed the murder of Asher and baby Yonatan Palmer Hy”d in 2011 and then robbed Asher’s corpse. Shatat received a sentence of just ten months, which was not disclosed to Asher’s father and others according to the following report from last year:

“…the military advocate-general had not informed him [Michael Palmer] that the [sentencing] hearing was taking place. The Palmer family’s legal representative, former military court judge attorney Adrian Agassi, discovered that Shatat had been sentenced only two months later. Michael Palmer said the chief prosecutor for Judea and Samaria had told the family that he did not know about the trial.”

This is Israel today.

In the sport of powerlifting, the squat is the first of three lifts done in competition. The squat requires the athlete to descend with a weighted barbell until the hip joint is lower than the top of the knees, then stand back up. All of the upper-body strength in the world does no good in the squat if a lifter’s legs are broken. And as the great powerlifter Scott Smith comments about the squat’s significance in the documentary Power Unlimited, “You can’t call yourself a powerlifter if you don’t squat. It’s the bread-and-butter lift of powerlifting.”

Israel in 2013 has plenty of “upper-body” strength: scientific innovation, entrepreneurial achievement, luxury high rises near beaches, and more. But the foundation of a society, the legs, is justice.

And Israel’s legs are broken. 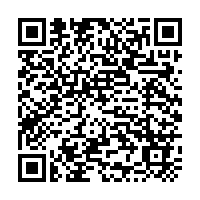